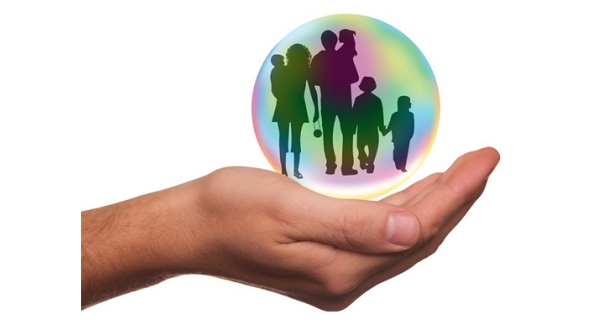 Joe Biden’s attorney general, Merrick Garland, who recently unleashed a formal Department of Justice attack on parents opposing extremist ideas like Critical Race Theory in their public schools, is being accused of a conflict of interest for his agenda.

It’s because his son-in-law runs a company that sells products to school districts, and those products apparently include data tools involving surveys that gauge students’ “emotional and mental wellbeing” as well as surveys on sexuality and promotions of CRT, which claims that all of the United States is racist, all whites are offenders, and all blacks are victims.

WND reported just a day earlier that Garland’s agenda against parents was drawing reactions. He announced his orders to the FBI to work with prosecutors to address “threats” against school board members who are imposing far-left agendas on school children.

Those “threats” have included statements from parents promising recall drives and such, and board members often have responded by calling for police to remove those parents from board meetings – or they simply shut down the meetings.

The issues include various board decisions to mandate COVID masks or vaccinations, transgender or homosexual indoctrination, and those CRT lessons.

Garland’s action drew an immediate scolding from Kristen Waggoner of the Alliance Defending Freedom, who said, “Parents expressing concern over critical race theory, gender theory, and COVID-related mandates in public schools do not qualify as domestic terrorists. Their protests do not warrant the involvement of federal law enforcement or the application of federal laws aimed at stopping, among others, transnational terror organizations.”

It is the Daily Mail that reported a parents’ group, Parents Defending Education, is accusing Garland of the conflict because his son-in-law, Xan Tanner, is a co-founder of a group called Panorama Education that “allegedly utilizes Critical Race Theory teachings and has contracts with school boards across the country.”

Panorama Education told the Daily Mail that it is an “independent education organization” working on “student literacy and social-emotional learning.”

“Panorama’s data systems are used to collect information on students in New York City, Detroit, San Francisco, Indianapolis and Dallas, among others,” the report said.

Mark Zuckerberg, the far-left chief of Facebook, who donated $350 million to mostly leftist elections officials last fall to help them count the 2020 presidential election ballots, is a backer of the group, the report said.

One of the images appears to show a survey asking whether the respondent is ‘gay, lesbian, bisexual, pansexual, aromantic, asexual or question’,” the report said.

Zuckerberg’s company has been under fire in recent days for a whistleblower who charged that the top echelon of company decision-makers knew some of their actions were harming children, but did them anyway.

Nomani said, “Under fire for negatively harming the mental health of children, Zuckerberg and Garland’s family are now in the business of data mining children’s most intimate emotions – and supposedly help children deal with the mental health issues Zuckerberg helped manifest.”

The National Association of School Boards had lobbied Biden to take action against parents, suggesting their concern about the education being given their children was the same as “domestic terror.”

The Daily Caller reported Republican attorneys general responded to Garland’s attack on parents with, “Biden’s Department of Justice is weaponizing its resources against parents who dare to advocate for their children. This dangerous federal overreach imposes a chilling effect on free speech by criminalizing dissent.”

The statement, released by Missouri Attorney General Eric Schmitt, added, “I will always advocate for parents and will continue to push back against unprecedented federal overreach.”

“A threat of physical harm against a public official is a criminal act. It is not part of public discourse,” Ohio attorney General Dave Yost told the Daily Caller News Foundation via a spokeswoman. “It is also not a federal case. Unless there is a conspiracy across state lines, or some such, it is not the federal government’s business, any more than a bar fight—and Merrick Garland knows better.”

The Daily Wire reported Sen. Rand Paul, R-Ky., had his own warning to Americans.

That is that they should “be afraid of your government.”

“Moms at school boards are being told that they’re criminals, potential domestic terrorists, for the crime of dissent and I think criminalizing dissent is something that we should all be appalled with,” the senator said during an interview on Fox News.

“That’s a sad thing from someone in the government to say, but the thing is, is those lists already exist. For example, people in northern Virginia that have gone to [protests], have been then sought out by the school council, by the members of the school board and retaliated [against] in a sort of legalistic way to try to put them on some sort of list and chill their speech by letting them know there’ll be a penalty for showing up and protesting,” Paul warned.

Sen. Ted Cruz, R-Texas, raised the dispute during a congressional hearing with Deputy AG Kristen Clarke, who refused to condemn Antifa and Black Lives Matter individuals who were murdering police officers, yet was harsh with those who would offer a “threat” to a radical school board.