Mark of the beast? Political critics could have bank accounts frozen 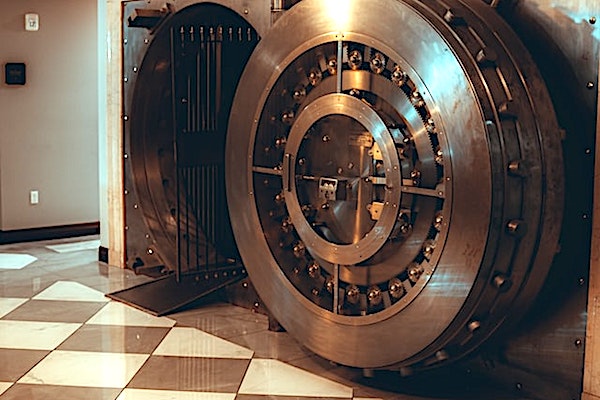 Tyrants and dictators like Kim Jong Un and Xi Jinping of course insist on total control.

Now other, supposedly more democratic, governments are taking it.

A report from CBN News explains how officials in Pakistan now are threatening those who are criticizing the government they could lose control of their bank accounts.

No cards, no bank accounts.

The report explained, “Interior Minister Rana Sanaullah Khan also claimed that ‘hecklers’ could have their passports blocked and even be arrested by the Federal Investigation Agency using Pakistan’s national ID system.”

Newsweek Pakistan, in fact, reported Sanaullah Khan was warning of “legal proceedings, including registration of cases, arrests and even ‘blocking’ of identity cards and passports, against anyone proven to be involved in heckling of individuals and restricting their freedom of movement under Article 15 of the Constitution of Pakistan.”

He stated, ““[In light of] A so-called political party and its insanity-stricken leader’s campaign to sow political hate and instigate unrest, I want to address all Pakistanis, especially supporters of the Pakistan Muslim League (Nawaz) on the security measures being taken to counter it.”

He suggested anyone encountering “heckling” should record it.

“Make videos of any individuals involved [in the harassment],” he said.

And they should send it to the Federal Investigation Agency.

The CBN report said the threat is aimed at supporters of former Prime Minister Imrah Khan and his Pakistan Tehreek-e-Insaf (PTI) Party.

CBN reported, “Tyrannical government control over people’s freedom and finances has also been developing at unprecedented levels in several other countries, including communist China. And there are concerns about the European Union and the United States falling in line with the idea of digital identity monitoring as well.

“As CBN News has reported over the last couple of years, China’s move toward a cashless society with a digital currency mirrors how the entire world is literally being set up for heightened levels of government control,” the agency reported.

“There will be a point where the People’s Bank of China, the central bank of their country, is going to be able to look, peer inside of every single transaction, what everyone does, 24 hours a day, 7 days a week,” one official told CBN.

It continued, “This means if you are a human rights activist or a Christian, authorities can use this new technology to punish you if you engage in activities they consider to be anti-communist. Eventually, the U.S. and other foreign companies doing business in China will be required to use the government’s new digital currency payment system.”

It reported there also are concerns about a similar direction for the European Union.

The report said European Parliament Member Cristian Terhes, who was born in Communist Romania, is warning of the EU’s so-called “Chinafication.”

“Clearly we are witnessing right now, the ‘Chinafication’ of Europe, because we see what is happening in China right now with the social credit score, where the government is monitoring … all the people from the beginning to end, everything that they do, everywhere they walk,” Terhes said. “They control everything and watch everything. This is an example of tyranny.”

The Daily Caller News Foundation also reported that protests have been rampant in Pakistan, especially with consumers there getting inflated energy bills recently.

It concluded, “Pakistan’s economic woes fit a global trend as protests against inflation and high energy costs occurring around the world compound worsening national debt. A deficit of foreign exchange reserves contributed to Sri Lanka’s economic collapse in July that also led to the government’s ouster.”