Mark Meadows: Trump speech 'the start of planning for the next administration' 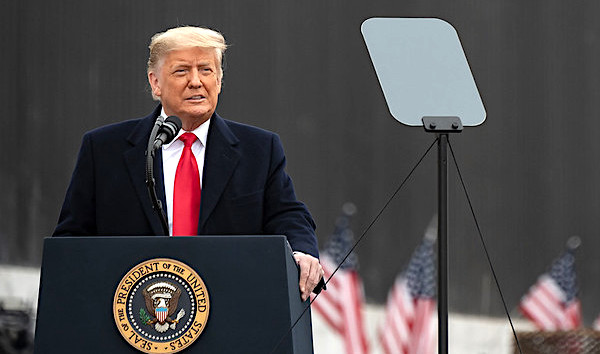 President Trump’s highly anticipated speech Sunday at CPAC will be “the start of planning for the next administration,” said former White House chief of staff Mark Meadows.

“You’re going to see a speech on Sunday that talks about not only the beginning, but what the future may look like, and I’m excited about it,” Meadows said Thursday night in an interview with Fox News’ Sean Hannity.

Meadows said he had a “fairly lengthy” conversation Wednesday night with Trump about where America “needs to go, continuing the America-first agenda.”

“But more importantly than that, how this president — Biden — has undermined that particular policy within days. And we see it,” said Meadows, who was a congressman from North Carolina and the chairman of the House Freedom Caucus before become Trump’s chief of staff.

“What we will see on Sunday is we will see the start of planning for the next administration,” said Meadows.

“And I can tell you, the people that are at the top of that list, all of them have Trump as their last name.”

CPAC Chairman Matt Schlapp said Thursday in a “Fox & Friends” interview that Trump will present “a stinging rebuke of the first month of the Biden presidency — while laying out what the GOP needs to do to take Congress in the 2022 midterms.”

Sources with knowledge of the speech told Fox News that Trump is expected to go between “warming up to the idea of a 2024 run, and walking right up to the line of announcing another campaign.”

The sources said Trump will talk about the divide in the party between the grassroots and Beltway insiders, and is expected to “name names.”