Major newspaper in Israel probes 'dilemma' on crucifixion of Jesus 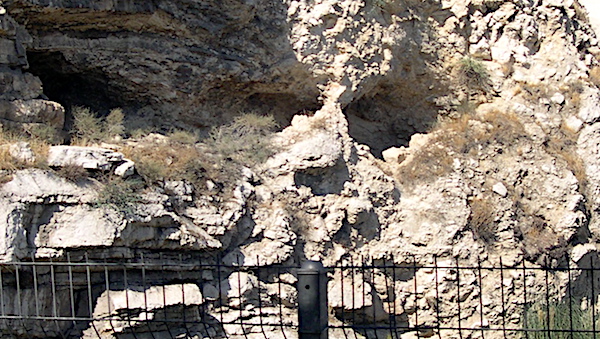 An apparent biblical “dilemma” regarding the precise location where Jesus was crucified has caught the attention of a major newspaper in Israel.

As WND reported last week, it’s no secret that Jesus was put to death in Jerusalem, according to the New Testament gospels. But some often wonder about a cryptic statement in the book of Revelation indicating He was crucified in “Sodom and Egypt,” two other locations, neither of which is Jerusalem.

Now, Jerusalem Post reporter Adam Eliyahu Berkowitz, a journalist based in the general environs of the actual event, is digging into the issue of the crucifixion.

“Most scholars accept these verses at face value and believe that Jesus was crucified at a site immediately outside Jerusalem’s walls called Golgotha that was accessible to passers-by and observable from some distance away.” 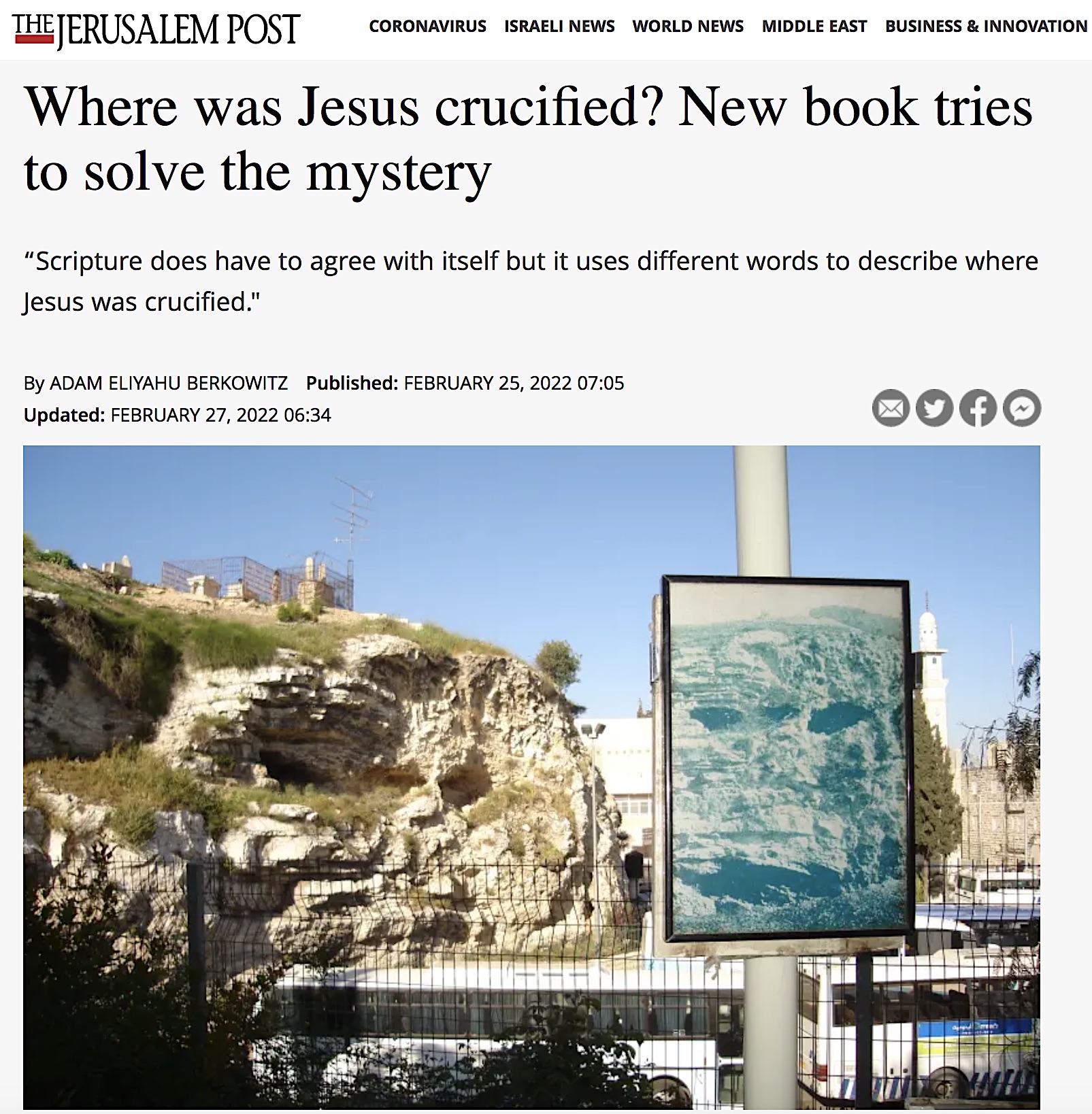 Eusebius of Caesarea, a fourth-century Greek historian of Christianity, identified its location only as being north of Mount Zion.

The name Golgotha is derived from Goolgolet, the Hebrew word for skull. Similarly, in Aramaic Golgotha means “place of the skull.” The Latin word for skull is calvaria, and in English, many Christians refer to the site of the crucifixion as Calvary.

This is supposedly a reference to either the skull-like appearance of the rock face and/or the presence of bones at the site.

The Gospel of John states there was a garden at Golgotha and an unused tomb owned by a prominent rich man, Joseph of Arimathea, into which Jesus’ body was placed. This tomb is believed by some to be a site known today as the Garden Tomb.

As Jesus had relatively few disciples at the time of his crucifixion, no church or landmark was raised at the site until the fourth century when Constantine ordered the construction of a basilica at the site he believed was Golgotha. This later became known as the Church of the Holy Sepulchre.

The authenticity of this site was questioned as it stands inside the walls of Jerusalem’s Old City. Archaeologists have uncovered remains of other walls that may have existed at the time of Jesus that would put the basilica outside the city walls.

As a result, there is some dispute over the precise location of events.

Though the consensus is that the crucifixion and subsequent burial and resurrection all took place in and around Jerusalem, another dilemma appears suddenly in the book of Revelation:

And their dead bodies shall lie in the street of the great city, which spiritually is called Sodom and Egypt, where also our Lord was crucified (Revelation 11:8 KJV).

To shed light on the apparent dilemma, the Jerusalem Post interviewed Joe Kovacs, author of the brand-new book, “Reaching God Speed: Unlocking the Secret Broadcast Revealing the Mystery of Everything.” 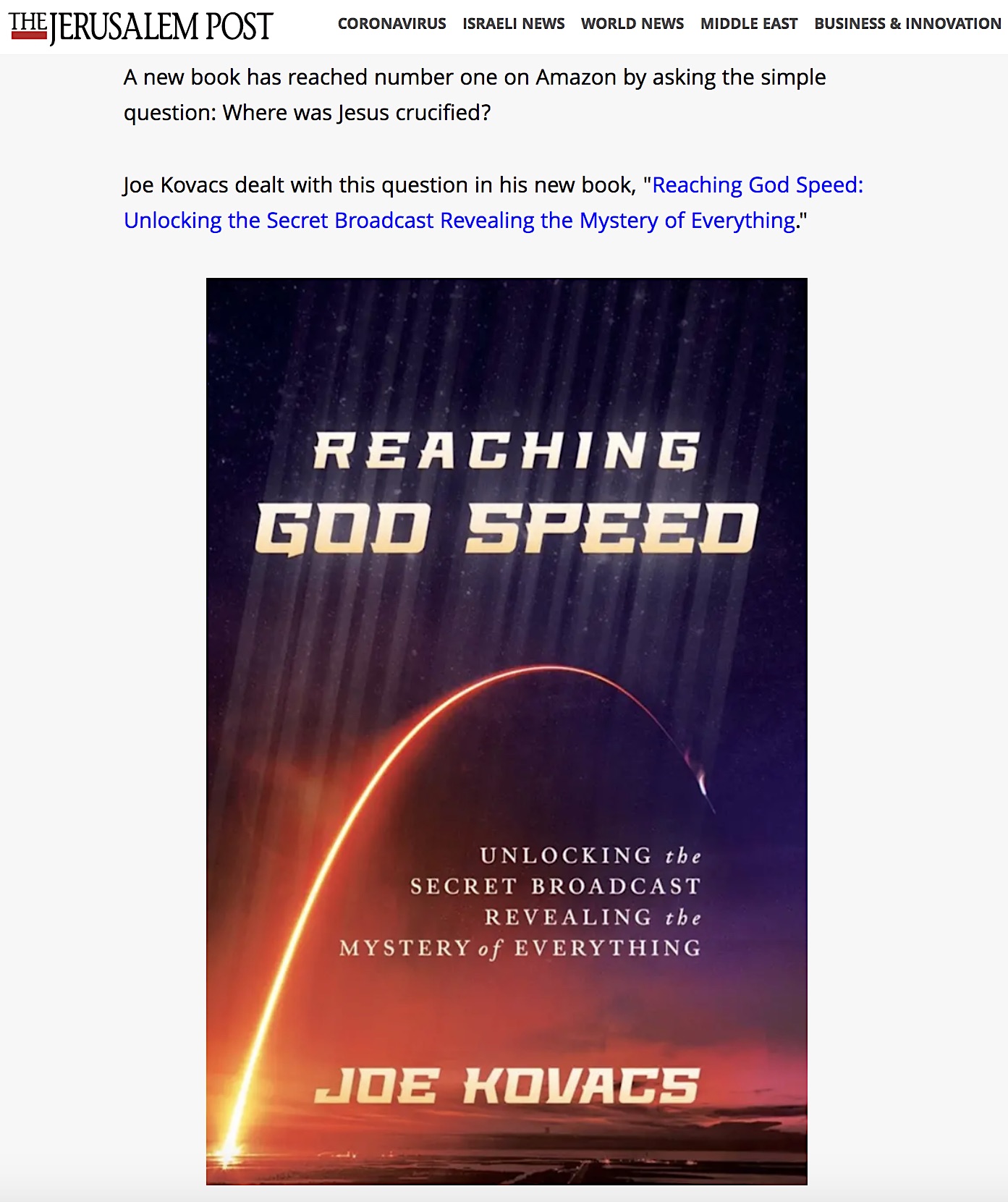 Kovacs indicated the verses describing the crucifixion in Jerusalem were speaking literally, denoting the precise geographic location where Jesus was executed.

“Scripture does have to agree with itself but it uses different words to describe where Jesus was crucified,” Kovacs said. “Throughout the Gospel, the trial and crucifixion were described as being in Jerusalem. Paul describes [the crucifixion] as taking place right outside the city gates.” (Hebrews 13: 12 NLT)

But why does the final book of the New Testament mention the other locations for the crucifixion?

“Revelation raises the issue of Jesus being crucified in Sodom and Egypt,” Kovacs said. “But this problem is resolved if you read that verse as a parable. This requires reading the Bible on a higher level, what I call ‘God speed.’”

“The names of the cities have literal meanings,” Kovacs told the Jerusalem Post, explaining the verse in Revelation outright states the place “spiritually is called” Sodom and Egypt.

“The word Sodom means ‘burning’ or ‘flaming’ and Egypt is the ‘dark place of misery,’” Kovacs said.

“The Hebrew name for Egypt, ‘MIZRAIM,’ looks and even sounds something like its English meaning of MISERY.”

“What it’s saying is that this world of flesh in which we dwell is a place of darkness, distress and misery where we’re being refined in a flaming furnace, the metaphoric “furnace of affliction,” as God famously calls it in Isaiah 48:10. Hence, spiritually speaking, Jesus was killed in this place where we’re all being purified under some serious heat, a place that is quite dark and miserable at times.”

“So this mystery about Sodom and Egypt is solved quite easily when we merely open our eyes and ears to see and hear the spiritual message, not just the physical.”

“It’s stunning in a very good way when we realize the entire Bible is not just full of physical history, but the Creator is voicing additional messages on the spirit level that come to life when we listen at God speed, the allegory level above and beyond human speed.”

In Matthew 13:34, Scripture notes: “Jesus spoke all these things to the crowd in parables; he did not say anything to them without using a parable.”

Kovacs notes: “Jesus is even shown wondering aloud if His own apostles would ever get up to speed, as He said after telling them a parable: ‘Do you not understand this parable? How then will you understand ALL THE PARABLES?‘” (Mark 4:13 NKJV)

“So we have to realize Jesus was always teaching with allegories, using metaphors for people with eyes to see and ears to hear. That does not mean using our eyes and ears made of flesh. God is telling us to exercise our spiritual senses, to see and hear the what the Spirit of God is broadcasting on every frequency.” 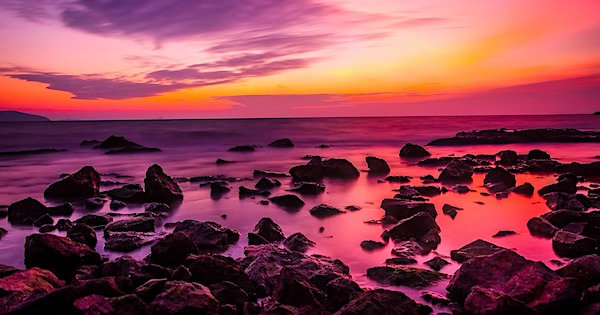 The book rocketed to the #1 position in several Amazon categories even before its official release Jan. 25.