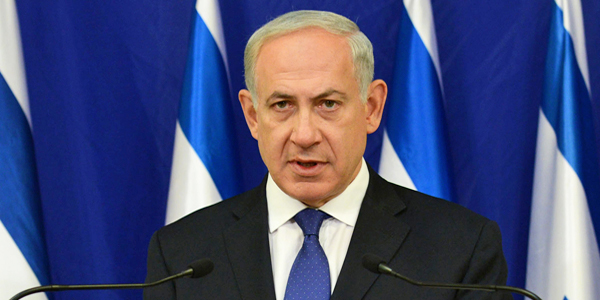 Former Israeli Prime Minister Benjamin Netanyahu is confidently telling supporters he’ll be returning to power in Jerusalem, and the change in government is not in the distant future.

“This year’s holiday has a new flavor, the flavor of hope, a lot of hope,” Netanyahu said, according to the Times of Israel.

“I meet a lot of citizens who are full of hope, who are hoping and believing that we’ll bring the Israeli government back on the right track, the secure track, the track that will promise security and attainment for all of Israel’s citizens. This is a Mimouna of faith and hope, and we’re coming back soon.”

“Long live Bibi, king of Israel!” the crowd of about 100 supporters voiced inside the private home in the northern city of Or Akiva, as they sought to oust current Prime Minister Naftali Bennett.

The Times reported: “An onlooker could be confused as to whether Netanyahu had ever left the premiership. In addition to referring to him as former and future prime minister, Netanyahu was also addressed throughout the hour he spent at the event as, simply, ‘prime minister.’

“Intermittent exclamations of, ‘We’re the tribe of Benjamin,’ and, ‘Bennett, go home, you scoundrel,’ also punctuated the event, which simultaneously felt like a blowout party and a campaign rally.”

Simcha Yosipov, former mayor of Or Akiva, was among those jubilant at the prospect of Netanyahu’s return to power.

“He’ll come back to become prime minister and I’ll be mayor,” Yosipov said. “We’re coming back together. That’s what he told me.”

During the past ten months, Netanyahu and his Likud party have systematically tried to undermine the incumbent government led by Bennett and Foreign Minister Yair Lapid. Until recently, Bennett’s coalition government surprised pundits with its resilience, despite being politically diverse and ruling by a razor-thin majority of only 61 seats in Israel’s 120-seat Knesset.

However, in early April, the government lost its fragile majority after MK Idit Silman, a member of Bennett’s conservative Yamina party, announced that she was leaving her post. At the time, Silman articulated her dissatisfaction with the current Bennett government.

“I will not abet the harming of the Jewish identity of the State of Israel and the people of Israel. I will continue to try to persuade my friends to return home and form a right-wing government,” stated Silman. “I know I am not the only one who feels this way. Another government can be formed in this Knesset,” she added.

Bennett, nevertheless, hinted that Netanyahu and his Likud party had been using a combination of carrots and sticks to make Silman to leave the government. Whether political disagreements or opportunism, Silman’s dramatic decision has paved the path to a renewed struggle over Israel’s current and future political direction.

The Bennett-led administration continues to face serious, daunting challenges. Last week, the Arab Islamist Ra’am party, which is part of the government coalition, declared it would freeze its coalition and Knesset membership to protest the rising tensions between radical Muslim rioters and Israel security forces on the Temple Mount in Jerusalem.

Is the news we hear every day actually broadcasting messages from the God? The answer is an absolute yes! Find out how!