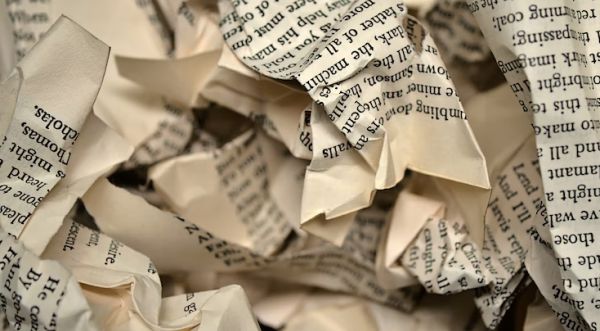 A developing lawsuit that now is embroiled in arguments over what “discovery” is to be allowed has uncovered a long list of federal bureaucracies whose officials have been actively involved in telling social media companies what speech to censor.

It was just revealed in recent days that the FBI contacted Facebook and warned of “Russian disinformation,” causing the social media giant to suppress accurate reporting from the New York Post about the Biden family’s international business schemes that may have involved America’s enemies – and provided profit to Joe Biden.

A poll revealed 80% of Americans believe that actually changed the winner in the 2020 president race, and that without that censorship, President Donald Trump would be in the White House now.

All of which prompted Margot Cleveland, a senior legal correspondent for The Federalist, to warn, “It was the FBI and not social media that stole the election from Donald Trump.”

Now details being revealed in a lawsuit being handled by the New Civil Rights Alliance, which is challenging government influence over free speech, confirm that a long list of bureaucracies in the federal government have been contacting social media corporations in order to tell them what to censor.

The case, the NCLA said, “blows the lid off a sprawling federal censorship regime that will shock the conscience of Americans.”

In a joint statement of discovery disputes in the case – just exactly who has to answer which questions as the case continues, “reveals scores of federal officials across at least 11 federal agencies have secretly communicated with social-media platforms to censor and suppress private speech federal officials disfavor. This unlawful enterprise has been wildly successful,” the NCLA said.

“Under the First Amendment, the federal government may not police private speech nor pick winners and losers in the marketplace of ideas. But that is precisely what the government has done – and is still doing – on a massive scale not previously divulged. Multiple agencies’ communications demonstrate that the federal government has exerted tremendous pressure on social media companies – pressure to which companies have repeatedly bowed,” the organization said.

Among the bureaucracies that have been identified in the case so far include the White House, Health and Human Services, Department of Homeland Security, the Centers for Disease Control, the CISA, NIAID, the office of the Surgeon General, the Census Bureau, the Food and Drug Administration, the FBI, State, Treasury and the U.S. Election Assistance Commission.

“Communications show these federal officials are fully aware that the pressure they exert is an effective and necessary way to induce social-media platforms to increase censorship. The head of the Cybersecurity and Infrastructure Security Agency even griped about the need to overcome social-media companies’ ‘hesitation’ to work with the government,” the NCLA said.

“If there was ever any doubt the federal government was behind censorship of Americans who dared to dissent from official COVID messaging, that doubt has been erased,” explained Jenin Younes, NCLA litigation counsel.

“The shocking extent of the government’s involvement in silencing Americans, through coercing social-media companies, has now been revealed. These bureaucrats continue to resist efforts to expose the degree of their unconstitutional actions every step of the way.”

John J. Vecchione, senior litigation counsel, added, “The incredible extent of government interference with the speech rights of Americans must be seen to be believed. Yet, even with all that this case has revealed, the government defendants are still resisting their obligation to disclose the names of all the public servants who were involved in this unlawful scheme.”

The original focus of the dispute was the government’s censorship of accurate information about treatments during the COVID-19 pandemic.

The NCLA explained, “These actions have precipitated an unprecedented rise in censorship and suppression of free speech – including core political speech — on social-media platforms. Many viewpoints and speakers have been unlawfully and unconstitutionally silenced or suppressed in the modern public square. This unlawful government interference violates the fundamental right of free speech for all Americans, whether or not they are on social media. More discovery is needed to uncover the full extent of this regime – i.e., the identities of other White House and agency officials involved and the nature and content of their communications with social-media companies.”

The issue pending right now before the U.S. District Court for the Western District of Louisiana is whether the grant the government’s demands for protection from even being questioned about what has been going on.

Court documents reveal that the censorship campaign across the Biden administration actually was confirmed by one of his appointees.

“Secretary [Alejandro] Mayorkas of DHS commented that the federal government’s efforts to police private speech on social media are occurring ‘across the federal enterprise.’” the legal filing explains. “It turns out that this statement is true, on a scale beyond what plaintiffs could ever have anticipated.”

It charges the “Censorship Enterprise” includes “dozens of federal officials across at least 11 federal agencies and components identified so far, who community with social-media platforms about misinformation, disinformation, and the suppression of private speech on social media – all with the intent and effect of pressuring social-media platforms to censor and suppress private speech that federal officials disfavor.”

The impact of such censorship can be, literally, nation-changing.

And that states routinely violated their own state laws regarding ballots.

But the suppression of the Hunter Biden laptop reporting, according to a poll, left eight of 10 Americans with the opinion that the scheme changed the results of the 2020 election.

Cleveland said the polling “confirmed what many conservatives had thought — that by censoring the laptop story and the Biden family’s pay-to-play scandal, Big Tech stole the election from Donald Trump.”

But actually, since Zuckerberg admitted the FBI influenced his decision to make sure fewer people saw the accurate information, she blames the FBI for the election theft.

Zuckerberg, in an interview, had confessed that the FBI told his company that “we thought there was a lot of Russian propaganda in the 2016 election” and that “we have it on notice that basically there’s about to be some kind of dump similar to that so just be vigilant.”

So Zuckerberg arranged for the laptop reporting from the New York Post, which was documented and accurate, was suppressed – withheld from “many” people for a long time.