L.A. columnist in 'anguish' after Trump supporters plow her driveway in snowstorm 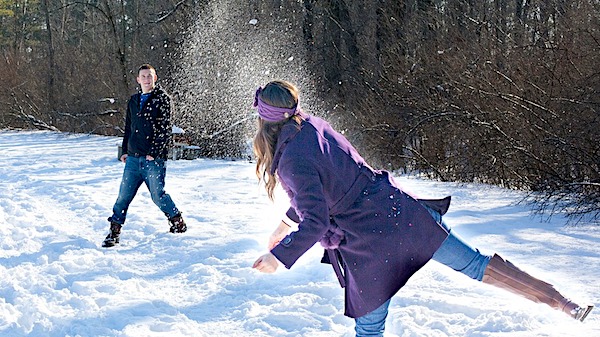 An opinion columnist for the Los Angeles Times is in “anguish” because her neighbors plowed her driveway open during a snowstorm.

It’s because they are Trump supporters.

So writer Virginia Heffernan pointed out that even Hezbollah does some nice things now and then, and the Nazis used to.

Constitutional expert Jonathan Turley, of George Washington University, explained what he sees going on in Heffernan’s dilemma about what she should think.

Her column, he said, “explores her struggle with how to respond while comparing all Trump supporters to Nazis and Hezbollah.”

“It is unfortunately hardly surprising to see such unhinged hateful comparisons in today’s age of rage. What was surprising is need to publish such a column containing gratuitous attacks on over 70 million voters as compared to genocidal murders or terrorists,” he explained.

“While most of us would find a thank you as natural and immediate, Heffernan explores her struggle in decision how to respond: ‘Of course, on some level, I realize I owe them thanks — and, man, it really looks like the guy back-dragged the driveway like a pro — but how much thanks? These neighbors are staunch partisans …’”

He explained, “Under the guise of working through these issues, the column seems more of a vehicle for suggesting Trump voters are little better than terrorists and murderers. It matter-of-factly treats such references as obvious comparisons. There is less evidence of honest internal debate as much as satisfaction in being able to demean and marginalize almost half of the electorate.”

He wrote, “The fact is that people are addicted to rage. Many continue to use Trump as a license to hate, even portraying such hate as virtuous. It is so consuming that even kindness from a neighbor is treated as a moral dilemma.”

Heffernan, in fact, cited Hezbollah for tending to its own – the Shiite sick, elderly and hungry. And so did the Nazis, she said.

But her neighbors, she complained, “supported a man who showed near-murderous contempt for the majority of Americans. They kept him in business with their support.”

That, she said, requires working “to repair the damage of the last four years.”