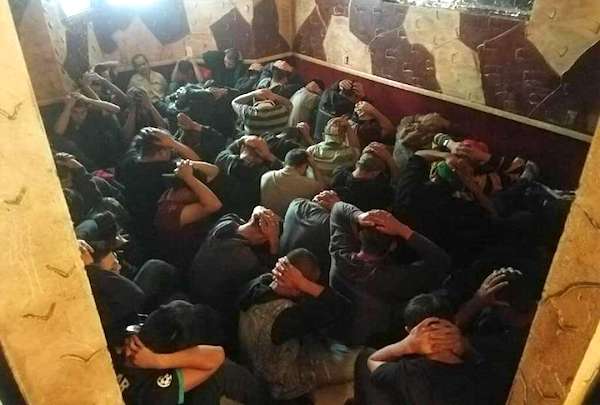 Explaining that the United States properly can refuse “to admit asylum applicants at ports of entry … before they ever enter the United States,” a federal judge has reinstated President Trump’s “Remain in Mexico” policy.

It was because Biden failed to abide by the Constitution and the rules and regulations adopted by Congress in making the change, specifically the Administrative Procedures Act.

“Defendants are ordered by enforce and implement MPP in good faith until such a time as it has been lawfully rescinded in compliance with the APA and until such a time as the federal government has sufficient detention capacity to detain all aliens subject to mandatory detention under Section 1255 without releasing any aliens because of a lack of detention resources,” the judge said.

The judge said the injunction is nationwide.

Constitutional expert Jonathan Turley explained the ruling on the Migrant Protection Protocols, also called the “Remain in Mexico” policy, “is only the latest of a string of losses by the Biden administration in its first six months in court.”

Trump’s process, adopted correctly, has asylum seekers from Mexico “stay in Mexico while their claims were processed in U.S. courts. The policy was meant to end a practice of claiming asylum in order to draw out appeals for years or not appearing for required hearings. It was intended to deter many who just wanted to gain entrance in the United States. It also reduced the burden for beds and facilities along the border.”

The case was brought by Texas and Missouri, which demonstrated to the court “sufficient injury after noting increases in human trafficking and other criminal acts” after Biden ended the policy, Turley explained.

The judge said the Biden administration’s attempt, in this situation, to reverse what President Trump had accomplished, failed, by violating the APA.

Turley noted, “That should sound familiar. Within two weeks of taking office, Biden racked up one of his first losses under the APA when he reversed Trump’s deportation order. While many are denouncing that and the most recent decision, it was precisely the attack used by Trump critics during the prior administration. Even though President Barack Obama did not satisfy APA conditions in imposing original rules, the Supreme Court enforced such procedures to reverse prior orders. During that litigation over the Trump executive orders, I repeatedly noted that the Democratic challengers in court were making arguments that would likely used against the next Democratic president in seeking to quickly undo Trump’s orders.”

Turley noted the problem for Biden’s inappropriate actions were that there already is “a clear footprint in federal law” on the issue.

“Congress gave DHS the option not to use mandatory detention in the United States,” he explained, in a law that specifically allows that the government “may return the alien” the territory from which he comes.

The judge’s ruling noted the need for the injunction.

“First, an injunction is needed to prevent the continued systemic violation of [the law],” the judge said. “Second, defendants have indicated that, even if the June 1 Memorandum were declared invalid, they would not necessarily return any aliens to Mexico. ”

The two states had sued charging that Biden was unlawful when he ordered the Migrant Protection Protocols canceled.

Texas Attorney General Ken Paxton and Missouri Attorney General Eric Schmitt charged the administration’s decision to halt the MPP has led to the surge of criminals attempting to cross the U.S.-Mexico border.

Immediately after Biden was sworn in on Jan. 20, the Department of Homeland Security (DHS) announced it would cease enrolling immigrants in the MPP program. Former President Donald Trump’s administration introduced the MPP in December 2018, mandating border officials to send asylum seekers back to Mexico while they waited for their immigration court appearance.

Before the program, authorities released tens of thousands of illegal aliens into the U.S. where they generally disappear, never showing up for their scheduled court dates.

“The public interest favors the plaintiffs because the public has an ‘interest in stemming the flow of illegal immigration,’” the ruling said.