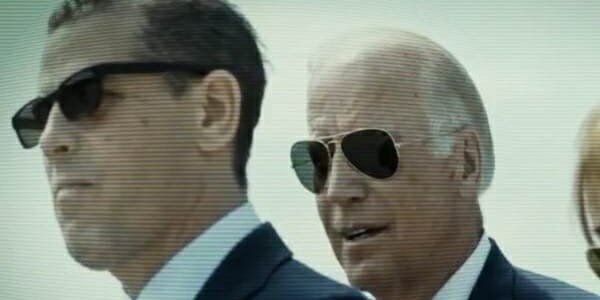 Two weeks in, and ethical dilemmas already are bedeviling the Joe Biden administration.

His Treasury secretary had to ask for a special dispensation because she was financially involved in a company connected to the GameStop Wall Street controversy. And a lawyer who worked at a firm defending Biden’s son, Hunter, in a federal investigation was hired by the DOJ to prosecute similar

Now, Biden is being called out by a former ethics chief in the Barack Obama administration.

It happened because Joe Biden, in a pre-Super Bowl interview with CBS News, mention a coming book by Hunter.

“The honesty with which he stepped forward and talked about the problem,” Pres. Biden says of his son Hunter’s memoir on his struggles with addiction, “it gave me hope.”

“It was like my boy’s back,” Pres. Biden tells us.

More ahead of the Super Bowl, only on @CBS pic.twitter.com/N6F7xQlMfF

Hunter Biden’s book, “Beautiful Things,” is due out in several months.

The Washington Examiner reported Walter Shaub, who was director of the U.S. Office of Government Ethics under Obama, tweeted Sunday: “It is not acceptable for the president of the Untied States to be part of the book promotion tour. No.”

Hunter Biden foreign business dealings are the target of a federal criminal investigation. In 2019, he admitted in an ABC News interview he likely would not have been paid more than  $50,000 a month by a Ukrainian energy firm if his father hadn’t been vice president at the time.

“I don’t think that there’s a lot of things that would have happened in my life if my last name wasn’t Biden,” he said. “There’s literally nothing, as a young man or as a full-grown adult that – my father in some way hasn’t had influence over.”

In the CBS interview aired Sunday, Joe Biden said: “I bet there’s not a family you know who doesn’t have somebody in the family that had a drug problem, or an alcohol problem. But the honesty with which he stepped forward and talked about the problem and the hope that, it gave me hope reading it. I mean, it was like my boy is back, you know what I mean? Anyway, I’m sorry to get so personal.”

Nick Arama wrote at RedState.com: “Nice sneaking the book in there, Joe. But if you actually believe it and/or have communication with your son, wouldn’t you already know where he was at (without having to read it in his book)? And, sorry, but thinking if he’s talking about honesty, he’s really not talking about his son and hasn’t seen (or wants people to ignore) the laptop pictures. Imagine if President Donald Trump had done that about a book by Don, Jr. You’d be hearing them calling it another reason for impeachment. ”

The pictures referenced were from a laptop that Hunter Biden abandoned at a computer repair shop.

Joe Biden promised during the campaign that if elected, the Biden family would sign a code of conduct to avoid conflicts of interest.

“My son, my family, will not be involved in any business, any enterprise that is in conflict with or appears to be in conflict, where there’s appropriate distance from the presidency and government,” he claimed at the time.