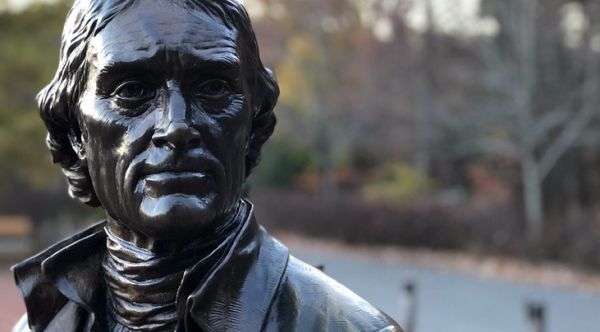 Visitors to the estates that once belonged to some of America’s founders, Thomas Jefferson and James Madison, for example, are seeing messages about the nation’s heroes of complete condemnation because as “enslavers,” they owned slaves.

But constitutional expert Jonathan Turley calls the concept that the Revolution was fought to “further slavery” is nothing more than “revisionist tripe.”

The issue of the messages that have been run through and made politically correct has been outlined by Fox News.

That report explains that the homes of Jefferson and Madison, Monticello and Montpelier, now are “woke.”

“The driving force behind a rewriting of the legacies of these two great presidents revolves around the subject of slavery,” the report explained.

While slavery is a stain on America’s history, the report explained, “It’s irresponsible and problematic to view the lives, accomplishments, sacrifices, and mistakes of men born more than 300 years ago through a clouded and biased prism of today.

“And yet,” the report continues, “that seems to be taking place in a disturbing way at both homes thanks to the dictates of some liberals and Democrats who help run both The Thomas Jefferson Foundation and The National Trust for Historic Preservation which owns Madison’s beloved Montpelier.”

Monticello was owned by Jefferson, the author of the Declaration of Independence and the third president.

It is now being “reimagined” just about everywhere to warn visitors that slavery existed there hundreds of years ago.

In fact, one of the main tours now is called “Slavery at Monticello.”

The location’s website joins in, with, “Thomas Jefferson wrote that ‘all men are created equal,’ and yet enslaved more than 600 people over the course of his life.”

Politically extreme books by racist ideology proponents such as Ibram X. Kendi are sold there.

The report noted that this wasn’t always the view of Jefferson, as President Kennedy in 1962 “said at the White House in honor of Nobel Prize winners: ‘I think this is the most extraordinary collection of talent, of human knowledge, that has ever gathered together at The White House, with the possible exception of when Thomas Jefferson dined alone.’”

The report warns activists now want Jefferson’s “vision, genius, and courage” disregarded in favor of “incorrect images” of him life.

“The same treatment goes for James Madison — only the man known as ‘The Father of the Constitution’ and who was the force behind the Federalist papers and the Bill of Rights,” the report said.

The report explained it’s important to address the legacy of slavery.

“But, as we do so, we should not forget some of the contradictions or indeed, empathy, of flawed human beings engaged in a tragically common practice of their time.”

The renovations – and accompany message changes – are being funded by Democrat billionaire David Rubenstein, whose other interests appear to be investing in China, “which does enslave, torture and execute innocent men, women, and children,” the Fox report said.

Turley, in a column responding to the issue, said Rubenstein’s donations appear to have unleashed an “activist board” which is changing the historic site into an “ideological mission.

“Exhibits now emphasize Madison ‘the enslaver,’ and visitors have complained that there is little comparative attention to his contributions to political theory and institutions,” he explains.

“Visitors are greeted with a sign saying that the estate ‘made Madison the philosopher, farmer, statesman, and enslaver that he was.’”

Turley explained, “As a Madisonian scholar and devotee, I have long discussed the contradiction of slavery and the views of the founders, including Madison. It is an important element to highlight for visitors to estates like Monticello and Montpelier. However, history is often more complex than simple condemnations and Montpelier is an example of how the true history of Madison and slavery can be lost to serve current political interests.

“Some of the information at Montpelier appears to reflect the claims of the highly controversial 1619 Project led by former New York Times Magazine reporter Nikole Hannah-Jones, which claimed that racism was the driving force behind the entire American political system. The claim has been challenged by academics and even one of the key fact-checkers at the Times. Historians objected that ‘matters of verifiable fact’ that ‘cannot be described as interpretation or ‘framing.” They objected that the work represented ‘a displacement of historical understanding by ideology,’” he said.

“While the project has commendable elements, the view that the Revolution was primarily fought to further slavery is revisionist tripe. However, while it does not fit the historical evidence, it fits perfectly with contemporary politics,” he said.

He explained that while Madison had slaves, he “opposed slavery and sought its elimination.”

He pushed while president for an end to slavery.

And, Turley noted, “Madison resisted selling slaves and sold off property to support his estate instead. In his will, Madison asked that the slaves not be sold and instead be allowed to remain on the property until their deaths. (Dolley Madison would later sell the property and the slaves due to the towering debt).” 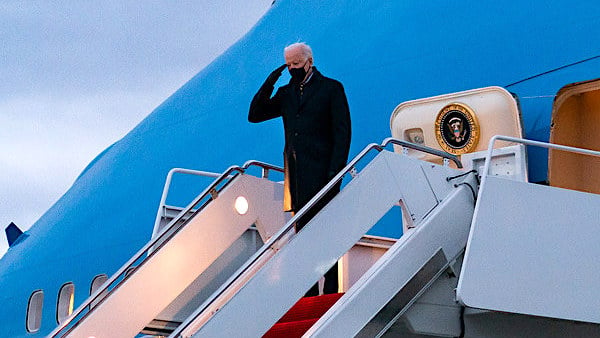