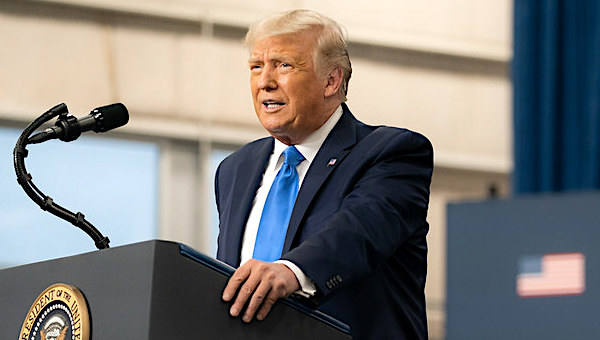 The Biden Justice Department’s charges this week of seditious conspiracy against five members of the Proud Boys group suggests the Jan. 6 committee’s televised hearings will feature reruns of President Trump saying “stand by” during a 2020 campaign debate as purported evidence of an organized plot.

The FBI found no evidence of any coordinated conspiracy to overthrow the election, Reuters reported last August. But Democrats and establishment media continue to call a riot that disrupted Republican efforts to use the constitutional process for Congress to certify Electoral College votes an “insurrection.”

Independent reporter Julie Kelly, who has led reporting of the mistreatment of Jan. 6 prisoners as well as evidence that FBI informants and Antifa agitators provoked the violence, said there is “no new explosive evidence” against the Proud Boys in the indictment.

It appears, she wrote on Twitter, that the Biden-appointed U.S. Attorney for the District of Columbia, Matthew Graves, “deliberately timed the charges to coincide” with the House hearing.

“This isn’t about January 6 or even new election law. This is to build public support to indict Trump,” wrote Kelly, the author of the book “January 6: How Democrats Used the Capitol Protest to Launch a War on Terror Against the Political Right.”

The New York Times agreed that the hearings had something to do with politics. The paper reported Tuesday that with “their control of Congress hanging in the balance,” House Democrats want to use the hearings “to refocus voters’ attention on Jan. 6” and tie “Republicans directly to an unprecedented plot to undermine democracy itself.”

Democrats, the paper said, “plan to use made-for-television moments and a carefully choreographed rollout of revelations over the course of six hearings to remind the public of the magnitude of Mr. Trump’s effort to overturn the election, and to persuade voters that the coming midterm elections are a chance to hold Republicans accountable for it.”

Kelly pointed out that neither the members of the Proud Boys nor the Oath Keepers face weapons charges.

“How does one overthrow the government with cell phones and costumes?” she asked.

The Times confirmed in September, as Kelly noted, that at least two FBI informants embedded with the Proud Boys on Jan. 6, 2021, were in close contact with their FBI handlers that day.

‘Stand back and stand by’
After the Sept. 29, 2020, debate, establishment media took Trump’s use of the term “stand by” to mean the Proud Boys should wait for his command to attack. But Trump clearly meant “stand down,” as he explained to reporters the next day. It was the term moderator Chris Wallace used in his question. And it was Wallace who invoked the Proud Boys as he prodded Trump to denounce white supremacists – which the president had done many times before and which he did at that time during the debate, contrary to the media’s headlines.

One of the indicted Proud Boys is the group’s former national leader Enrique Tarrio, who as a black-Hispanic American argued Joe Biden made a mistake during the presidential debate by casting his group as white supremacist.

“We’ve been called many names,” said Tarrio in an interview with Britain’s Sky News last October, “and probably the most inaccurate name you can call us is white supremacists, as your viewers can see.”

Tarrio said he didn’t see Trump’s comments during the debate “as an endorsement” of Proud Boys “at all, by any means.”

“I think he was asked a very pointed question,” Tarrio said of the Trump. “I think the president was asked to disavow white supremacy, which he did two times, within the scope of that question.

“And I think Biden made a crucial mistake by naming our organization for him to disavow.”

‘It’s really chilling’
On Sunday, Rep. Liz Cheney of Wyoming, one of only two Republicans on the committee, said the events of Jan. 6 were the result of an “extremely well-organized” conspiracy.

“I have not learned anything that has made me less concerned.”

On Tuesday, Democratic Rep. Steve Cohen of Tennessee said the hearings will show “how much Trump was involved.”

“Trump ran this show. He ran it from the time he lost the election in November, and he did it with his son, or sons, and all of his henchmen up there,” the lawmaker said.

“I think that Donald Trump and the White House were at the center of these events. That’s the only way of really making sense of them all,” he said.

The three major broadcast networks, ABC, CBS and NBC, will carry Thursday’s primetime hearing live, beginning at 8 p.m. Eastern, as will CNN and MSNBC. Fox News has decided to stick with its regular programming, including “Tucker Carlson Tonight.” The Fox Business Network will carry it, however.

Filmmaker Dinesh D’Souza contended Tuesday that the True the Vote investigation of illegal ballot trafficking in the 2020 election presented hard data that “has blown up” the committee’s “underlying premise.”

“The ‘big lie’ turns out to be a documented truth,” he said, referencing his film “2000 Mules.” “The 2020 election was demonstrably stolen by the Democrats. Patriots came to DC on January 6 to complain about that!”