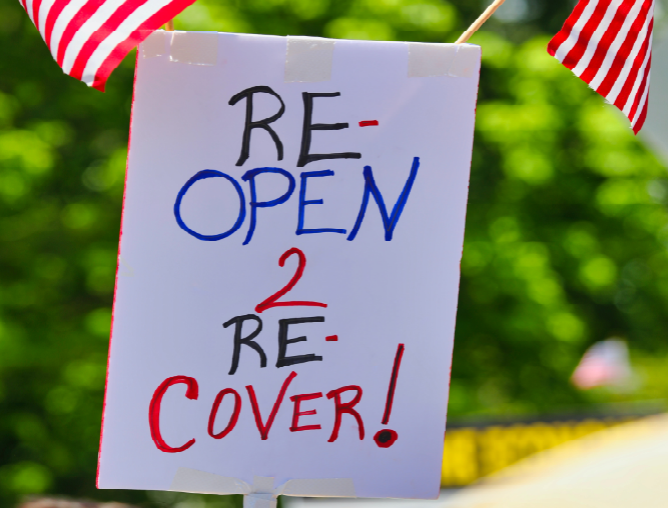 The latest unemployment figures from states shows that eleven states engaged in the most draconian economic shutdowns all have significantly higher unemployment rates than the national average.

The last month of President Trump’s economic miracle was February 2020 before Covid struck the U.S. economy.The March 5 release of employment data from the U.S. Bureau of Labor Statisticsfor February 2021, provides a snapshot of where America’s economic recovery stands compared to the beyond full employment America that existed before the China Virus resulting in more than half a million deaths and economic devastation.

Today’s unemployment rate is 6.2 percent compared to 3.5 percent a year ago with approximately 4.2 million more people unemployed today than a year ago.

Unemployment has disproportionately impacted teenagers (13.9 percent), and adults with a high school degree (7.2 percent), or who did not finish high school (10.1 percent), who have witnessed an almost doubling of their unemployment rate in the past year.

Those who have a college degree have also seen their unemployment rate double from 1.9 percent a year ago to 3.8 percent.

Overall, the number of unemployed has dipped below 10 million for the first time since the full economic impact of the virus was measured in April 2020, when the unemployment rate was 14.7 percent with more than 23 million unemployed.

Other key measures show that the labor force has shrunk by more than 4.2 million and the labor participation rate is approximately 2 percent down from a year ago.  Some of this could be due to the aging of America and many seniors choosing to leave the labor force as a result of the virus, but there is clearly room for growth in the participation number.

The good news is that the economic rebound has resulted in 16.8 million people returning to work since April 2020 out of the 25 million jobs that were lost in the pandemic, with some states like South Dakota showing an unemployment rate below where it was in February of 2020.

The latest unemployment figures from states (December 2020) shows that eleven states engaged in the most draconian economic shutdowns all have significantly higher unemployment rates than the national average.  These states all have Democrat Governors who figure to benefit the most from the currently being considered Covid package billed as economic stimulus.

Rather than spending another $1.9 trillion that America does not have on boosting long-term unemployment benefits, instead, they should just demand that these states open their economies and allow their citizens to enjoy in the economic recovery.

This post, It will take years to recover the 8 million jobs still lost to Covid and state lockdowns, was originally published on The Daily Torch and is republished here with permission. Please support their efforts.