Iran ratchets up demands as Biden backs down on sanctions 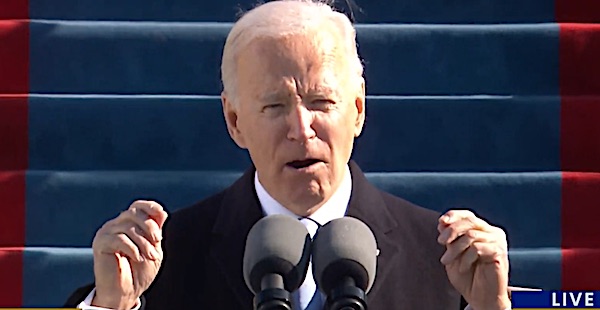 Iran is ratcheting up its demands of the Joe Biden administration even as the president backs away from sanctions imposed by former President Trump.

Its negotiators are familiar with the Biden team, having met while Trump was in office, and are well aware of the new administration’s intent to rejoin the 2015 nuclear deal abandoned by Trump.

Now, Iran’s foreign minister has declared that the unilateral sanctions imposed by the United States inflicted $1 trillion worth of damage on Iran’s economy, and he expects compensation, according to the Qatari state broadcaster Al-Jazeera.

Mohammad Javad Zarif said Sunday that after the U.S. restores the  nuclear deal through lifting sanctions, Tehran will want to negotiate on the damages it has suffered.

“When we meet, we will raise compensation,” he said.

Zarif said the payments could come as “reparations” or as “investment.”

The New York Post reported Monday that officials with ties to Biden met several years ago with Iranian officials to “undermine” Trump.”

The Washington Times reported one of the meetings was between Zarif and Robert Malley, who now is Biden’s special envoy for Iran policy. It took place in 2019 after Trump withdrew the U.S. from the deal.

The report noted former Secretary of State John Kerry has acknowledged he met with Zarif in the first few years of Trump’s presidency, as did Obama Energy Secretary Ernest Moniz.

Biden’s attempts to gain influence over Iran are off to a “bumpy start,” reported the Associated Press.

The news wire said Iran’s response to Biden has been “chilly,” and there’s a “difficult road ahead.”

Biden Secretary of State Antony Blinken, National Security Adviser Jake Sullivan and special envoy for Iran Rob Malley were involved in the 2015 nuclear deal, the AP noted, “and may have personal stakes in salvaging it.”

Since then, Iran has ended the International Atomic Energy Agency’s access to video from its nuclear sites, in a further rejection of the deal.

White House spokeswoman Jen Psaki said the administration has not “taken any steps or made any indication that we are going to meet the demands that they are putting forward either.”