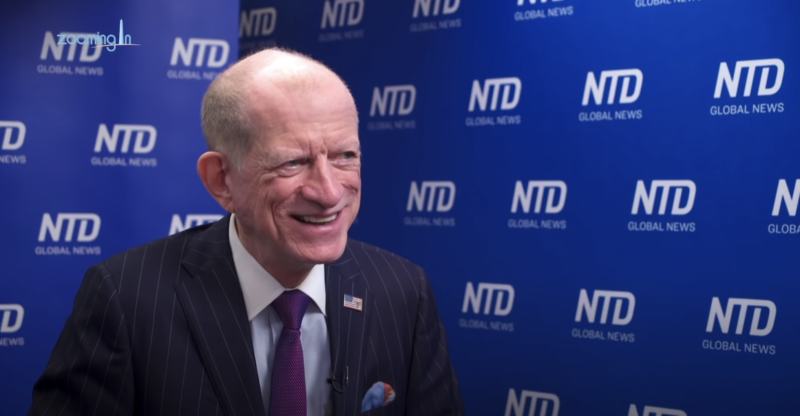 America lost one of her great defenders this weekend as Curtis Ellis, the leading advocate for America First policies over most of his life succumbed to a battle with cancer.

Curtis last served as a senior policy advisor for America First Priorities, after working directly with Steve Bannon during Donald Trump’s successful run for the presidency.  In his capacity with AFP, Curtis spoke around the country in various forums in favor of President Trump’s effort to end NAFTA, often appearing with Vice President Mike Pence at these forums designed to build support for replacing NAFTA with the US Mexico Canada Agreement.  And when the Trump promise was kept and NAFTA was officially a bad memory, Curtis was honored by being assigned seating in one of the front rows of the signing ceremony on the White House lawn.  He was the one man in the crowd who truly belonged at the ceremony as he dedicated much of his working life to ending what the President called, “a bad, bad deal.”

Curtis was also instrumental in the launching of the Trump for President campaign.  Before Donald Trump announced his run for president, I came up with the idea of asking the real estate mogul to voice radio ads in New Hampshire and South Carolina opposing fast tracking the Trans-Pacific Partnership.  After securing approval of the idea with the Trump team, it was Curtis who made it happen. He wrote a draft of an ad, and showed up at Trump Tower recording equipment in hand and got the great finished product in the can. Making certain to deliver the ad to the radio stations in time to make a major difference in the presidential primary prior to President Trump threw his hat into the ring.

That was Curtis, the guy who just got things done, but he was more than that. A prolific writer with articles regularly filling the columns of World News Daily and other publications, along with being a frequent FoxBusiness television guest of Stuart Varney and others, he also was heard regularly on radio stations across the country. Curtis had the rare capacity to bring a depth to issues in the short sound bites demanded by media, providing viewers and listeners insights beyond the normal talking points which most rely upon.

But most important, he was a genuinely good guy.  A true patriot, Curtis became a good friend during our battles against the globalist trade policies that never saw a job that couldn’t be shipped overseas. A important part of the Trump transition team and later the early Labor Department political appointees, Curtis was the perfect person to head the Labor Department’s Office of International Labor division given his long experience in arguing against and exposing countries and companies which abused US trade agreements and the cheap overseas labor pools.

Unfortunately, as was often the case in the early parts of the Trump administration, the job went to a Bush administration alum rather than to the Trump supporter who understood and believed in the President’s trade policy.  But it was this disappointment which landed Curtis in the middle of the effort to end NAFTA capping his life’s work with that incredible success.

As for me, I will miss Curtis’ guidance, wisdom, sense of humor and assistance, but most of all, I will miss his friendship.

This post, In Memorium – America lost an unsung hero – Curtis Ellis, was originally published on The Daily Torch and is republished here with permission. Please support their efforts.