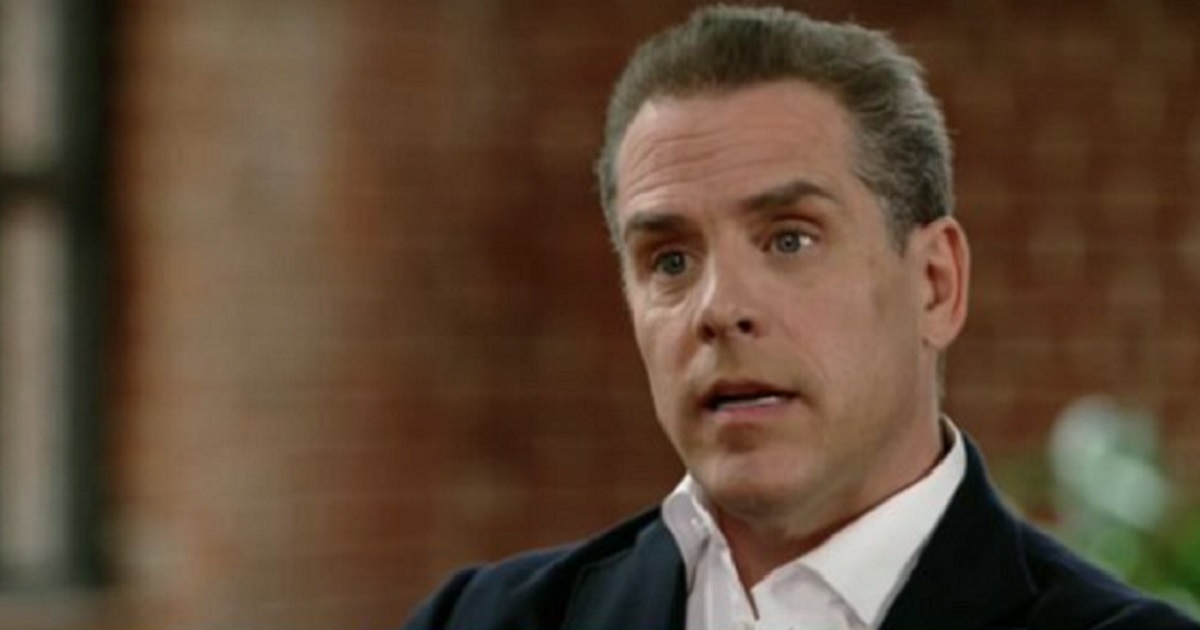 Ronna McDaniel, the chief of the Republican National Committee, has posted a warning to Joe Biden, and his son, Hunter Biden.

They are in “trouble.”

At the Daily Wire, McDaniel explained it is an issue because Hunter Biden “is a corrupt man who has used his famous last name to sell American political access to wealthy foreigners from countries adversarial to the United States.”

The problems have been evident to many news publications for years already. In just the last few weeks even legacy media outlets who had steadfastly defended the Bidens have acknowledged the problems.

They focus on Hunter Biden’s business deals, especially with overseas interests in Ukraine, Russian and China, where he appeared to have been selling access to his father, then the vice president for Barack Obama.

And now, to President Joe Biden.

What’s known is that Hunter Biden is under federal investigation – and Joe Biden claims to never have talked with his son about his business schemes – even though evidence suggests strongly that he not only talked with him, but was part of some of those deals.

“This is a five-alarm fire of political corruption, and Americans deserve answers – as well as to know the extent of Joe Biden’s awareness of his son’s activities,” McDaniel wrote.

“Joe Biden once described Hunter as the ‘smartest man’ he knew. Given the media firestorm on his doorstep today, he may be re-evaluating that opinion.”

She cited the reporting from the New York Post just before the 2020 election about the Bidens’ overseas business dealings.

“A laptop full of incriminating information” had just been uncovered, abandoned by Hunter Biden at a repair shop.

“Corporations like CNN and Twitter acted quickly, sowing doubt on the Post’s reporting, de-platforming the outlet from social media in a brazen act of censorship, and inevitably describing the very real scandal as ‘misinformation,’” McDaniel reported.

But now those contents have been verified even by the New York Times.

“Emails showed that a Chinese energy conglomerate CEFC – a group with ties to communist dictator Xi Jinping and China’s military – paid Hunter and his associates millions of dollars to grow their presence in America. Let’s be clear about what that means. Chinese communist oligarchs, working for a totalitarian dictator devoted to overtaking the United States, collaborated with the vice president’s son to set up a beachhead for the CCP on American soil,” she explained.

Continuing, she wrote, “This doesn’t just have ramifications for Hunter, however. Joe Biden is part of this too. A joint venture between CEFC and Hunter Biden in 2017 was designed with a very special condition: that ’10 percent’ of the profits would be ‘held by H [Hunter] for the big guy.’ Tony Bobulinski, a one-time Hunter Biden associate who accurately described Hunter’s ties to China before they became widely known, has gone on the record confirming the ‘big guy’s’ identity. Need a hint? His approval ratings are plunging to 40% or lower, he spends more time on vacation in Delaware than he does solving problems, and he’s the reason you’re paying more than ever to fill up your car.”

That Joe Biden was “well-aware,” she explains, has foundation.

“Not only was he referenced in the CEFC deal, but he shared a bank account with Hunter Biden for years – including while Hunter was wheeling and dealing with dictatorships abroad. Joe Biden and Hunter Biden even paid each other’s bills, and Joe even owed Hunter money,” she explained.

“President Biden’s historic mismanagement of the economy makes more sense when you consider that he’s been in debt to a man who has confessed to smoking parmesan cheese upon running out of crack cocaine,” she wrote.

She noted while the leftist media’s abrupt realization of the facts finally has come about, it’s too late now.

“Joe Biden’s son used his father’s influence to make money with dictators while he was sharing a bank account with the former vice president and future president. The media looked the other way. Federal prosecutors might not do the same.”