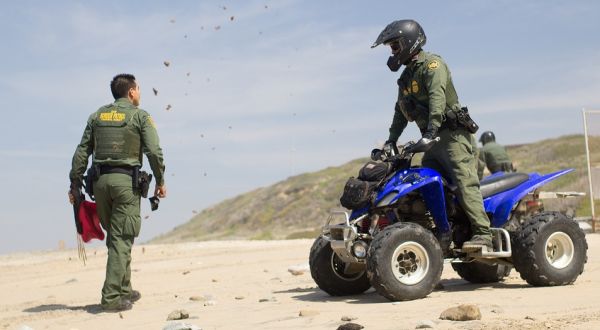 A vast majority of Americans are confident that Joe Biden will fail to secure the southern border, even though he promised to do that.

It was the New York Post that just reported on Joe Biden’s “another worst-ever record at the border.”

The report explained his new record is 164,973 illegal migrants apprehended at the border during February, highest ever for the month and up 63% from 2021. It was triple the February average during President Trump’s time in office.

It happened, the report said, even as Biden is slashing U.S. Customs and Border Protection funds by $428 million.

And a commentary at the Heritage Foundation explained Biden “has created the worst immigration crisis our country has ever faced. When he came into office, he went to work immediately uprooting and upending so many effective policies that were working to keep our border secure.”

The result of Biden’s actions have been, the commentary said, “men, women, and young children trafficked across the border by violent smugglers and drug cartels who extort them, abuse them, and even kill them.”

And a flood of deadly drugs like fentanyl, the authors noted.

It was in Biden’s State of the Union, only weeks ago, that he promised he would secure the border.

But Convention of the States, in a poll in partnership with The Trafalgar Group, reported more than 65% of voters are not confident Biden will keep his promise.

“While the Russia-Ukraine war dominates the headlines, the worst border crisis in American history continues to rage unabated. When President Biden promised to deal with the problem he created in his State of the Union address, we wanted to see if the American people believe he’s serious about securing the border,” said Mark Meckler, president of Convention of States Action.

“Clearly, President Biden promised to secure the border because he sees his devastating poll numbers on this crisis, and these numbers reveal that voters see through this charade and expect decisive action – not platitudes – to safeguard our nation. The administration would be well-served to call the American people’s bluff in this poll and actually do something.”

The actual response was that 65.2% of voters are not confident Biden will keep his word, including 52.9% who are not at all confident, and 12.3% who are not very confident.

Only 30.4% say that are confident he’ll deliver.

Among independent voters, 76.6% are not confident, and only 20.1% believe what Biden told them.

Among Republicans, 89.1% say they are not confident Biden will deliver. Only 8.5% say they think he will.

Even “35.2% of Democratic voters are not confident that President Biden will deliver on his recent promise to secure America’s borders,” the poll said.