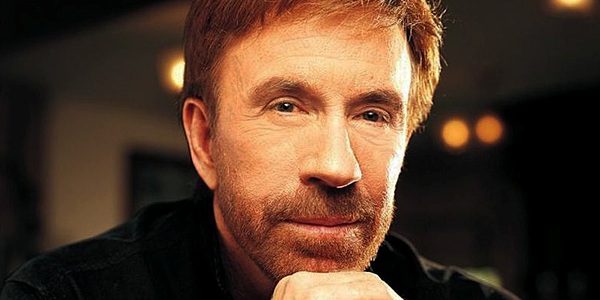 Legendary tough-guy actor Chuck Norris has done a number of endorsements and appeared in commercials.

He became a spokesman for the gun maker Glock when the company said it was looking for a spokesman to fit its “commitment to perfection, relentless innovation and disciplined precision.”

Toyota, in an ad, played on his reputation as a man so tough he can’t appear on Mt. Rushmore “because the granite there isn’t tough enough for his beard.”

Now, the WND columnist and author of “Black Belt Patriotism” has become a spokesman for the precious-metals investment company Goldco, explaining in a column that Joe Biden’s economic policies could lead to a spike in gold prices.

The company plans to produce a monthly “Special Report” from the “Walker, Texas Ranger” actor about precious metal news and investment strategies.

Norris writes that gold and other precious metals have bailed him out more than once.

“When my wife, Gena, and I decided that I would become a spokesperson for GOLDCO, it wasn’t a hard decision at all. We’ve been a big fan of gold and other precious metals for over 40 years. Gold has always been a part of our financial portfolio. Our gold’s return has also helped us make future investments and even bailed us out of tough economic times.”

When he first invested in gold decades ago, the metal was $97 a ounce, and he buried coins in his back yard.

“I used to tell my mom back then that one day I was going to dig up some buried treasure and give it to her for all the sacrifices she made early on in my life. She was surprised when I did just that!”

He said that when he was out of the Air Force, building a record as a many-time martial arts champion, he bought gold. He cashed out to reinvest in more, buy property in his now home state of Texas and build a headquarters for his CFORCE Water bottling company.

He also helped support his nonprofit Kickstart Kids when donations were scarce because of the economic recession in the 2000s.

He recommends that metals be included in any portfolio diversification.

“If gold is too costly at the moment for your investment portfolio, then by all means start with silver, which recently spiked to an eight-year high. In fact, you might even consider starting your precious metal coin investments with GOLDCO’s newly minted exclusive Chuck Norris Silver Coin,” he writes.

In real life, his image alone was deemed a threat by demonstrators in Montreal. They complained that police intimidated them by plastering on a police vehicle a poster of Norris toting two guns from the movie “Invasion U.S.A.”

Norris’ response was doing the splits between two flying jets

Norris has said some of his favorite internet “facts” include:

When asked what he thought about the phenomenon, Norris said: “My answer is always the same: Some are funny. Some are pretty far out. And, thankfully, most are just promoting harmless fun.”

Norris also downplays the notion that he’s some sort of superhero.

“I’ve got a bulletin for you, folks. I am no superman. I realize that now, but I didn’t always. As six-time world karate champion and then a movie star, I put too much trust in who I was, what I could do and what I acquired. I forgot how much I needed others and especially God. Whether we are famous or not, we all need God. We also need other people.”

Norris has been writing a weekly column exclusively for WND since October 2006.