Households can earn $25 per hour for NOT working 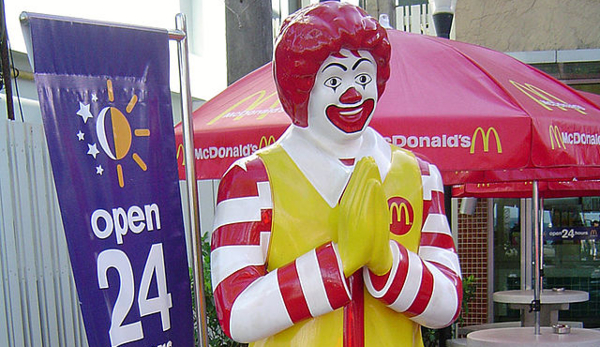 The many frustrated employers across the nation who are shorthanded because of the federal government’s continuing payments to people who lost their jobs during the COVID pandemic will not be surprised by a new study.

The study published by the fiscally-conservative Committee to Unleash Prosperity found that unnemployed households can earn a total of $25 per hour on welfare in 21 states.

The Foundation for Economic Freedom, which spotlighted the study, said it “sheds light on the causes of our current economic purgatory.”

There are 9.3 million unfilled job openings at the moment while millions of Americans remain on unemployment benefits and millions more opt out of the labor force entirely.

In March 2020, the federal government passed a “temporary” $600 per week supplement on top of existing state-level unemployment payouts. The supplement was reduced to $300 per week in President Biden’s COVID-19 legislation.

But, significantly, it was extended through September 2021.

FEE noted that many conservative-leaning states have suspended the supplements. But in dozens of states led by Democratic governors the money is set to continue through the summer.

Combining the supplements with other welfare programs, households can receive the equivalent of $25 per hour, assuming a 40-hour work week, without either adult working.

In 19 states, a family of four with two parents who aren’t working can receive benefits roughly equal to a $100,000 annual salary.

The study shows that unemployment dropped sharply when the original federal benefit lapsed. But once the second supplement was implemented, the drop-off stagnated.

Mulligan served in the Trump administration.

They concluded “it is now nearly beyond dispute that supplemental unemployment benefits are reducing employment” and that “if Congress or the remaining states were to suspend the weekly benefit supplement, several million more workers would gain employment over the summer months.”

FEE cited economist Thomas Sowell’s admonition in his book “Basic Economics” that we should “look at economic policies and economic systems in terms of the incentives they create, rather than simply the goals they pursue.”

“This means that consequences matter more than intentions— and not just the immediate consequences, but also the longer run repercussions of decisions, policies, and institutions.”

FEE noted “it’s not exactly shocking that when the government meddles with the labor market to financially discourage working to a massive degree, fewer people will work.”

“Yet it’s a perfect explanation for the economic purgatory we now find our recovery stalled in.”