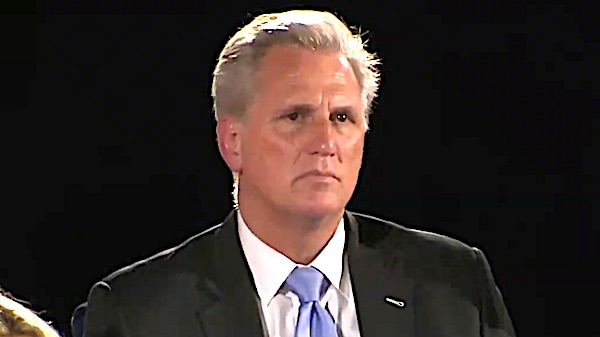 Republican members of the U.S. House of Representatives will be investigating the nation’s top spy team, the National Security Agency, which has been accused of “politicization” after Fox News host Tucker Carlson credibly charged the Biden-directed government operation has been spying on his personal emails.

He said the Carlson case was just the latest issue to raise concerns, and others date back to Biden’s decision to remove Michael Ellis, a top NSA lawyer appointed by President Trump.

“Earlier this year, I sent a letter to Secretary of Defense Austin expressing concern over the politicization of the agency through the sidelining of Michael Ellis as NSA general counsel,” the GOP leader said in a statement. “I asked that Mr. Ellis be reinstated and expressed my concern regarding undue political influence in NSA placing Mr. Ellis on administrative leave.”

He said the NSA cannot be used as a “political instrument.”

He explained in other situations, the agency “refused” to deliver information requested by the Republican members of the Intel committee.

Rep. Matt Gaetz, R-Fla., also has called for a review by an independent inspector general of Carlson’s charges.

Carlson, this week, said he’d been contacted by a whistleblower who revealed the NSA was spying on his communications in a plan to selectively release information to try to get the show removed.

Then Carlson doubled down, warning that Biden’s operatives could come “after you.”

Carlson, host of the most-watched cable news show in the United States, confirmed Monday to his audience that Biden’s NSA spied on him electronically.

He said Tuesday he tried to get answers to questions about the operations from federal officials, and was given non-sequiturs, in which they refused to respond to his direct questions.

Tucker Carlson responds to the NSA:

“We made a very straightforward claim: NSA has read my private emails without my permission… Tonight’s statement from the NSA does not deny that instead it comes with this non-sequitur: Tucker Carlson has never been an intel target.” pic.twitter.com/gGiP4HNtxw

He warned that such spying on private individuals, “In Washington this is just considered fine. But it is not fine. It is dangerous. And it’s wrong. Some faceless hack in a powerful government spy agency decides he doesn’t like what you think and he’s going to hurt you, and there’s nothing you can do about it. That could happen to you.”

Carlson explained, “We made a very straightforward claim: NSA has read my private emails without my permission. Tonight’s statement from the NSA does not deny that. Instead, it comes with this non-sequitur: ‘Tucker Carlson has never been an intel target.’”

In fact, the government agency claimed: “Tucker Carlson has never been an intelligence target of the Agency and the NSA has never had any plans to try to take his program off the air. NSA has a foreign intelligence mission. We target foreign powers to generate insights on foreign activities that could harm the United States. With limited exceptions (e.g. an emergency), NSA may not target a U.S. citizen without a court order that explicitly authorizes the targeting.”

Carlson explained he called the chief of the NSA, Paul Nakasone, and his staff claimed he wasn’t there.

Carlson pointed out that the government never denied his spying statement was accurate.

White House spokeswoman Jen Psaki, asked about the issue, wouldn’t answer directly: “Uh, well, the NSA, as I think you’re well aware, I’m sure everyone’s aware, uh, everyone on this plane is aware, I should say, is uh, an entity that focuses on foreign threats and individuals uh, who are tr-attempting to do us harm on foreign soil. So, uh, that is the, their, uh, purview, um, but, uh, beyond that I would point you to the intelligence community.”

Carlson charged, “They won’t call it spying, that’s exactly what it is. Millions of Americans, and sometimes it does it for political reasons and everyone knows this. Everyone, including sitting members of the Intel Committee. Some of them are paranoid about their own communications, that’s true.”

Carlson, long a critic of the Biden administration, had revealed, “We heard from a whistleblower within the U.S. government who reached out to warn us that the NSA, the National Security Agency, is monitoring our electronic communications and is planning to leak them in an attempt to take the show off the air.