'Horrendous fraud': Americans 'elected a shell of a president' 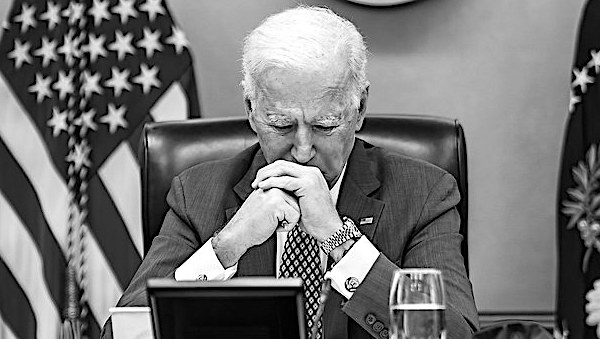 Pluralities of Americans believe Joe Biden is not honest, cannot deal wisely with an international crisis, is “liberal” and cannot bring the nation together, reflecting a literal destruction of the image carefully coached by his campaign during 2020, according to a new poll.

“There may not have been widespread voter fraud in 2020 but that doesn’t mean a horrendous fraud was not perpetrated on American voters,” said Fox News commentator Lis Peek on the details uncovered in a new Economist/YouGov poll.

“Americans are catching onto President Joe Biden; they are beginning to see what Democrats, along with CNN and MSNBC, et al, so successfully hid from them during last year’s presidential election campaign. Voters are discovering that they elected a shell of a president, a frequently addled man without conviction or force whose every campaign promise was entirely bogus.”

She cites statistics from the poll including that 39% of those polled think Biden says what he believes, but 44% think he says what people want to hear; 41% think Biden is “honest and trustworthy” but 42% don’t; 21% say Biden can bring the country together but 53% don’t; 38% believe in Biden’s ability “to deal wisely with an international crisis” but 46% are “uneasy”; and 51% think Biden is “liberal” or “very liberal” while only 27% contend he is “moderate.”

“After five months of honeymoon and mostly smooth sledding, the Biden administration is being tested, and it is not going well,” she wrote.

On the economy, for example, she said Democrats “own” both higher prices – inflation has been surging in recent months, and the fact there are fewer jobs than expected.

“They created an artificial shortage of workers to fuel the recovery by paying people more to stay at home than to return to work. Businesses large and small are having to put up to hire staff and are passing those costs along in increased prices,” she explained, citing an increase in pay for workers, but a bigger increase in inflation.

“The border crisis, which has seen over one million people enter the country illegally since last September, is also causing the White House problems, and rightly so. Only 35% of Americans approve of Biden’s approach to immigration, while half the country disapproves,” Peek explained.

And the survey reveals Biden is underwater on approval for his foreign policy, following how he “dithered on Cuba” and approved a Russian energy pipeline after canceling a major pipeline project that could have helped America.

Then, she said, he’s “eager” to go back into the failed Iran nuclear deal and “has snubbed Saudi Arabia.”

“Democrats know they are in trouble. That’s why House Speaker Nancy Pelosi, D-Calif., is conducting partisan hearings into the Capitol Hill riots of January 6,” Peek wrote. “She hoped it would take the spotlight off Biden’s slipping presence, off inflation, off the White House’s flog on getting people vaccinated, off the border crisis and … put it squarely back on President Trump.”

Further, she noted, “It is amusing to read from a Morning Consult poll that more people blame the media and social media for the January 6 assault on the Capitol then they blame Donald Trump.”

The polling also showed 51% say America is headed down the wrong track under Biden, 67% say the economy is only poor or fair while only 3% say it’s excellent, 45% say inflation and unemployment are equal challenges these days, and 49% are not too worried or not worried at all about COVID-19 despite Democrats’ constant mask mandates and lockdowns.

Biden also is drowning on the issue of guns, with 30% approval, and 48% disapproval of his position and 53% say he exhibits weak leadership.

Also, the poll revealed 50% disapprove of Pelosi’s job performance, to 34% approval, and 44% disapprove of Chuck Schumer while only 31% approve. The Supreme Court was slightly better, but still not good. There 38% approve and 38% disapprove.

The results carry a 2.8% margin of error.

Peek noted, “Most worrisome today for Democrats: they cannot rely on the president to carry them to victory in 2022. No wonder they’re trying to jam through their progressive wish-list via a massive $3.5 trillion budget package with zero GOP votes. They know it is their only chance.”