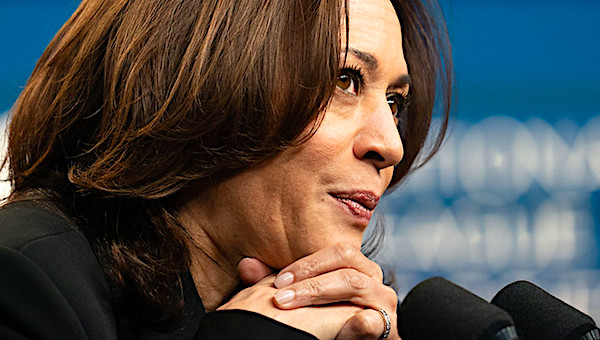 Despite sweltering temperatures in the Southwest that normally curb illegal migration in the summer, the border surge that began with the prospect of a Joe Biden presidency continued in July.

After U.S. Customs and Border Protection and the Border Patrol reported apprehending 188,829 illegal migrants in June — the largest for one month in 21 years  — a preliminary assessment reported by the Associated Press counted 210,000 in July.

The total for the fiscal year, which ends Sept. 30, has reached 1.3 million.

The last time border apprehension numbers reached 1 million was in 2006.

Todd Bensman of the Center for Immigration Studies noted CBP estimated another 37,000 illegal immigrants evaded authorities in July, but he believes that’s likely a significant undercount, the National Pulse reported.

The July numbers, which will be finalized and released in the next couple of weeks, “will show that the border crisis is going from record high to record high in an upward climb into a red-zone crisis that will defy any control, short of a radical about-face by the Biden administration,” Bensman said.

Meanwhile, Border Patrol and CBP facilities, “are overrun in the crisis’s Texas epicenter, as are hundreds of border communities that have rarely experienced anything like the steadily worsening chaos of wandering immigrants; high-speed car chases; crime; fear of Covid; and widespread insecurity.”

Bensman calls the surge the “Biden effect,” pointing out the border crisis was predicted by an October 2020 national threat assessment from the Department of Homeland Security.

During the presidential campaign of 2020, candidates promised favorable policies for illegal aliens, including providing health care. And as polls pointed to a Biden win, migrants began massing in southern Mexico.

Bensman spoke with some migrants at the time who said they planned to “wait out” what they expected to be the last few months of Trump’s presidency.

Among the policy changes that fueled the surge, he noted, were exempting unaccompanied alien minors from pandemic-related Title 42 instant expulsions to Mexico and the ending of interior removal of migrants who had evaded Border Patrol.

“The exempted family groups and unaccompanied alien minors have driven the crisis, because they have forced Border Patrol agents ‘off the line’ to deal with their care and processing,” Bensman explained. “Agents processed a whopping 80,000 illegal family unit immigrants in July, Shahoulian said, a leap from June’s 55,805. Reports coming from the border in recent days indicate they have been showing up in individual groups of 500, and even 1,000.”

He said U.S. officials likely picked up more than 19,000 unaccompanied children in July. That would exceed the previous record of 18,877 in March.