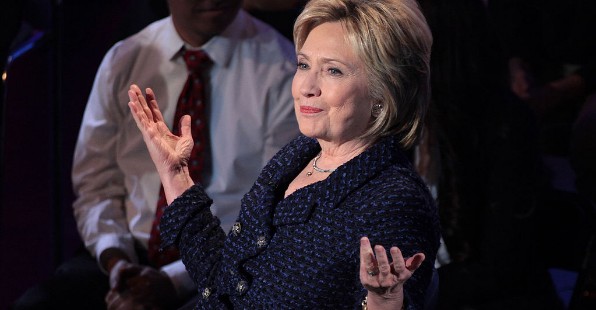 Hillary Clinton, who famously embroiled herself in scandal during her failed 2016 run for the presidency, her second loss in the race, by putting national security secrets on a private email server in her home, was the target of derogatory accusations on a trip to Belfast.

Clinton, who also repeated for years her claims that President Donald Trump was not legitimately elected, was at Queen’s University there to be inaugurated as chancellor.

According to a report from Political Insider, she is bombarded with shouts of “war criminal” as she climbed the steps.

The video (be aware of offensive language):

Hillary Clinton walking so pompously into Queens University in Belfast as a child carries the tail of her cape and bystanders call her a war criminal is one of the funniest things I’ve ever seen pic.twitter.com/Q07DYgch5I

It was the BBC that said the crowd was students protesting U.S. foreign policy.

“While she served as Senator Clinton for the state of New York in 2002, Clinton voted for the Iraq War. That vote was used against her during the 2008 Democratic presidential primaries by rival Barack Obama, who campaigned heavily on opposing then-President George W. Bush’s wars,” the Political Insider explained.

As Obama’s secretary of state, she later encouraged him to engage in airstrikes on Libya in 2011, leaving behind what the New York Times called a “failed state and a terrorist haven.”

During her failed campaign against Trump in 2016 he warned that should Clinton be president, the U.S. would be in danger of beginning “World War 3.”