Here's how you can help children of fallen heroes 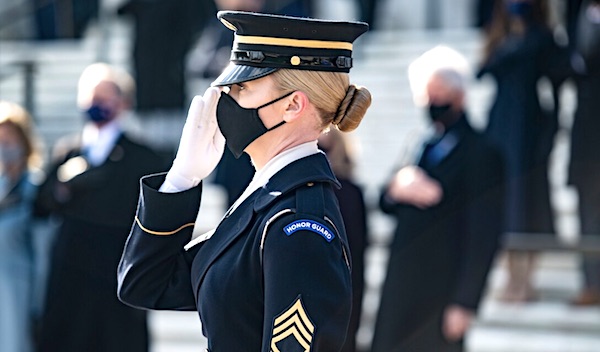 A charitable organization that helps mentor the teenage children of fallen first responders and military troops is holding a silent auction in support of its mission, offering a premium boat package to the highest bidder.

“At a time when our nation is so divided, one organization is healing through unity,” said the founder of Healing the Wounds, Jeffrey M. Epstein

The charity’s aim is to build character, self-confidence and leadership skills to prepare the teens to lead successful lives as responsible, patriotic citizens.

Former Green Beret captain Mykel Hawke, known for the outdoor adventure TV programs he created for the Discovery Channel and other networks, will help lead educational, wilderness adventures for Healing the Wounds in Alaska, beginning this summer. He will be joined by scholars in oceanography and marine sciences. Among the activities, the teens will be exposed to marine life, coastal navigation, seamanship and potential career paths.

In addition to the outdoor activities, the new nonprofit is also developing a 24-hour support call center, access to a vast custom video learning library, career mentoring and an internship program. An online educational development program will broaden the impact. The Army alone has 20,000 children under its wings and is eager to channel many to Healing the Wounds.

The participants were teenage children of military service members and law-enforcement officers killed in action, and the children of severely wounded warriors.

The teens found that their bonding with others who shared their grief and struggles was even more signficant than the fun they had and the skills they learned.

See a video hosted by Hawke introducing the program, with testimonies and footage from the pilot program:

As WND reported, Healing the Wounds has the backing of prominent military veterans, former government officials and the chief of police of a major city, Detroit’s James Craig.

The effort, which also is seeking members to contribute at any level of giving, became aware of a teen who lost his father, an officer, and continues to wear his father’s duty boots and clothing every day.

“His mother can’t go it alone, and we can help fill that void which is so critical to his development and future success,” said Epstein.

Become a member of Healing the Wounds

Karen Vaughn, the mother of a Navy SEAL Team 6 member who died in the 2011 Taliban attack on a helicopter in Afghanistan carrying two dozen Special Forces personnel is also a member of the advisory board. She and her husband, Billy, have been tireless advocates for the children of fallen military heroes. She has appeared before Congress and was a featured speaker at the Republican National Convention in 2016.

“Who’s going to teach these kids to do the things their dads taught them to to do?” she asked in an interview with WND. “These weren’t normal men. These were extreme men.”

Almost Half Of All Americans Say Inflation Caused Them Financial Hardship

Almost Half Of All Americans Say Inflation Caused Them Financial Hardship