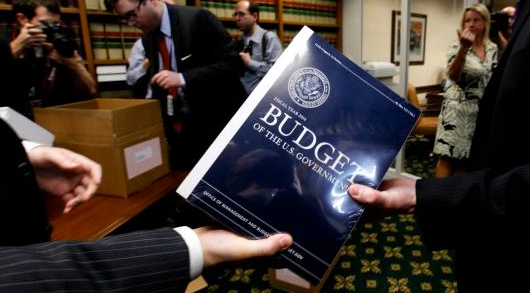 A handful of Democrats in Congress is threatening to upend the massive multi-trillion dollar spending plan developed by Joe Biden.

Those plans, of course, include the recently discussed and Senate-approved trillion dollar infrastructure bill.

House Speaker Nancy Pelosi has promised to bring them to a vote only together. She doesn’t want to allow any opposition to the social agenda spending which could develop after the infrastructure deal is a finished project.

But Fox News is reporting that a few “moderate House Democrats” have issued a threat.

They say they will trash their party’s $3.5 trillion special interest spending plan unless Pelosi brings the infrastructure bill up for a vote first.

That’s “an act of direct defiance to the speaker and a bold exertion of power with Democrats holding just a slim majority in the chamber,” Fox reported.

“Some have suggested that we hold off on considering the Senate infrastructure bill for months – until the reconciliation process is completed. We disagree,” the nine Democrats said in a letter. “With the livelihoods of hardworking American families at stake, we simply can’t afford months of unnecessary delays and risk squandering this once-in-a-century, bipartisan infrastructure package.”

Their threat? “We will not consider voting for a budget resolution until the bipartisan Infrastructure Investment and Jobs Act passes the House and is signed into law.”

The small group actually holds enough power in the House, where Democrats have the slimmest of majority margins and actually are expected to lose their majority in the 2022 midterms, to bring action to a halt.

Pelosi has demanded that the social spending spree should be developed “without drama.”

Fox explained the budget resolution is the key that unlocks the budget reconciliation process, which allows Democrats to circumvent the legislative filibuster in the Senate. That filibuster requires 60 votes for legislation to advance, and without it, under reconciliation, the Democrats can move on their own, with their 50 votes plus a tiebreaker from Kamala Harris. No Republicans have indicated support for the social spending plan.

At the same time, Fox reported a senior Democratic aide confirmed there are “dozens and dozens” of Democrats who won’t vote for the infrastructure until the reconciliation bill goes forward.

“House Democrats could be at a loggerheads indefinitely over which part of President Biden’s agenda to pass first,” the report explained.