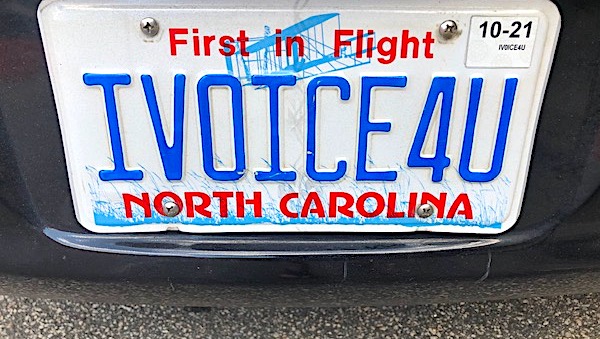 Commissioners in one Wyoming county where parents have raised objections – 85 so far – to what they consider pornographic material being made available to children in the public library – apparently think they’ve solved the dispute.

They are refusing to accept any public comments at their meetings.

It seems they tried to ban comments on just the library and its problems, but were warned that it’s illegal to censor statements based on their content, so took the dramatic step of refusing to allow any public comments.

The details come from MassResistance, whose Wyoming members have been instrumental in raising community concerns over the presence of objectionable materials and their availability to children.

The organization explained the commissioners “did not hide their reason: The majority of the commissioners do not want to hear any more complaints or criticism (from Wyoming MassResistance parents) about the lurid pornographic books in the public library children’s and teen’s sections.”

The report explained it was on Oct. 15 that Campbell County commissioners announced “no public comments about the library books would be allowed.”

“But then, apparently, the concept of banning a particular type of speech seemed problematic. So at their next meeting, on October 19, the Commission voted 3-2 to ban all public testimony at their meetings,” the report said.

The report explained, “The library books in question tell young teenage boys and girls that ‘gay’ sex is desirable and instruct them in graphic detail how to engage in a variety of perverted homosexual and lesbian sex acts. Some of the books overtly encourage girls to become lesbian. Another promotes the ‘how-to’ for girls to “transition” to boys by having breast removal surgery, taking male hormones to grow facial hair, and …”

Parents have protested, and the commissioners have insisted they go through a formal “challenge” process for each objection.

“That is an insulting sham. The same library employees who brought the books into the library decide on the ‘challenge.’ So far, there have been over 85 formal challenges filed by parents in the community with the library. The challenges have all been denied; not a single book has been removed from the library,” the report said.

Documents obtained by MassResistance through a Freedom of Information process even revealed that one county official suggested bringing police in to commission meetings to “control upset parents,” the report said.

WND previously reported on a criminal complaint filed with the sheriff’s office by two parents over the books.

They charged that while Wyoming law exempts schools and libraries from prosecution for displaying obscene material, the “law does not exempt them” if they encourage children to engage in sexual relations, which is a crime.

However, when local authorities who would have been required to defend the library in such a case called in a special counsel from an adjacent county to review the case, he declined to take any action, claiming that the objectionable books might have “scientific” value.

Parents Hugh and Susan Bennett had submitted copies of four of the books with their request that charges be filed under the state law that penalizes those to solicit “anyone less than the age of 14” to engage in sexual acts.

The Bennetts had pointed out “This Book is Gay” teaches children how to participate in homosexual and lesbian acts, “How Do You Make a Baby” includes pornographic drawings, “Doing It: Let’s Talk About Sex” promotes “sexual pleasure for children,” “Sex is a Funny Word” coaches 8-year-olds to “be comfortable getting naked and being touched,” and “Dating and Sex: A Guide for the 21st Century Teen Boy” teaches how to enjoy pornography.

Jonathan G. Lange, a pastor of a church on the other side of Wyoming, wrote just at the same time at The Federalist about the problem facing parents.

Lange, the leader of the Wyoming Pastors Network, pointed out the American Library Association “recognizes no age limits on what children can access — either in print, video, audio, or online.”

“Unless you read the above-named titles for yourself, you will likely not believe what unsuspecting children can encounter in your local library. These titles would be perfectly at home in the seediest ‘adult book store.’ Who but the most jaded parents would dream that a library might display them in the children’s section at the eye-level of your average seven-year-old?”

He explained, “By attractive, kid-friendly displays, they invite curious children to read what your local newspaper editor is ashamed to print.”

He warned American libraries are turning the Constitution on its head.

“Every county and school district library in America could be indecently exposing children to explicit content. Most libraries endorse and subscribe to the ALA’s twisted version of the First Amendment. Through guidance such as the Library Bill of Rights, The Freedom to Read Statement, and the Freedom to View Statement, the ALA treats parents shielding the innocence of their own children as violators of the First Amendment,” he said.