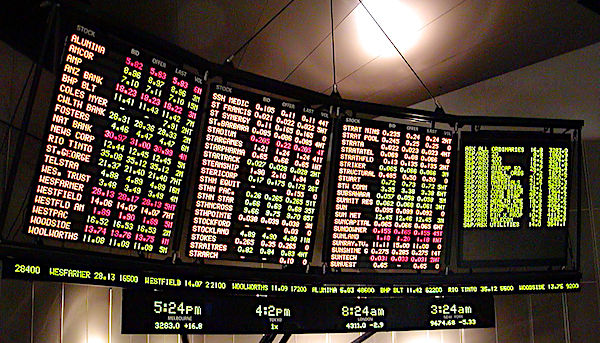 Those foreigners who hold shares in Chinese tech companies are being warned that all is not well.

It is China expert Gordon Chang who explained at Gatestone Institute, where he is a distinguished senior fellow and a member of the advisory board, that the nation controlled by a repressive Communist regime is “on the road to expropriating the shares held by foreigners in China’s tech companies.”

China has been getting more and more belligerent in recent months on the world stage, since Joe Biden moved into the White House in the United States, and a video that appeared to be from Chinese interests recently threatened a “continuous” nuclear war against anyone who might oppose its looming attempts to take over Taiwan.

Chang explains that the new threat to financial investments in Chinese companies is developing because Chinese officials have declared illegal a specific “variable interest entity,” a process through which Chinese companies have been listing themselves on foreign exchanges – and collecting massive investment money.

Which all gives Xi Jinping, the Chinese ruler, “an excuse now to begin a confiscation campaign.”

He explained the assault has been foreshadowed in a company called DiDi Global.

The bull’s-eye was thrown on DiDi, Change explained, because the company has a VIE structure, which evades Chinese law that prohibits foreign ownership of Chinese tech companies.

The move, however, later was ruled illegal by China’s Supreme People’s Court.

“Chinachem, a Hong Kong business, made an investment, indirectly, into China Minsheng Banking Corp. After the value of the Minsheng shares skyrocketed—Chinachem’s ownership interest increased by almost 64 times—the Chinese parties cut out Chinachem, confiscating its interests in the bank,” Chang wrote.

VIE setups have been declared illegal in other scenarios, he explained.

“There is … the case of China Unicom. In the middle of the 1990s, the Chinese central government permitted foreign companies to buy stock in that telecom business through the China-China-Foreign structure, which, like VIEs, evaded unambiguous Chinese rules against offshore investment. Beijing later forced the unwinding of that arrangement, disadvantaging Unicom’s foreign investors.”

But the offerings have continued, and Winston Ma of New York University noted that nearly every U.S.-listed Chinese company that foreign investors like pension funds and endowments can buy is listed through a VIE structure.

However, Chang warned the mood in Beijing is changing.

He notes the opinion that “the current leadership has increasingly frowned upon the model because of deepening fears of sensitive information falling into foreign hands.”

Those companies with VIE interests now are under investigation, he reported.

“The Communist Party has been stirring up anti-outsider anger, already bubbling up in Chinese society. Officials, therefore, are taking a fresh look at VIE arrangements, especially because Beijing wants to keep profits generated in the China market at home,” he wrote. “People believe that if Beijing were to publicly declare a VIE illegal—in other words, expropriate foreign ownership—it would be like setting off a nuclear weapon…”

“Xi Jinping believes there is already too much foreign influence in Chinese society, so he will limit to the greatest extent possible offshore ownership of China’s enterprises. As a part of this effort, he will, I think, step up a long-running campaign to harass foreign businesses and begin to force offshore investors out of his country. The questionable VIE structure gives Xi the perfect excuse to now expropriate foreign ownership of successful Chinese tech companies,” Chang explained.