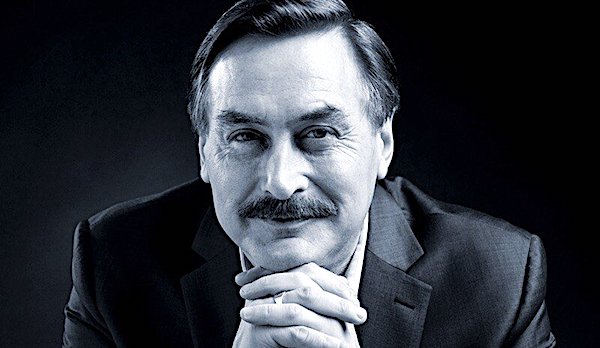 PALM BEACH, Florida – Mike Lindell’s new social-media site called “Frank” is set to debut this week, according to the inventor of MyPillow and supporter of former President Donald Trump.

Last Tuesday, Lindell said on Gab, another free-speech site: “Coming next week … a social media platform like no other!”

As of Sunday evening, the site was displaying a “coming soon” page, with a message stating:

“Free speech is one of the hallmarks of our Constitutional Republic, as enshrined in the Bill of Rights. It is no coincidence that nations that have free speech also have a free enterprise system and freedom of religion.

“Inversely, nations that deny free speech tread upon the free enterprise system and freedom of religion. Americans want to remain free. Americans are craving news and information that is not filtered through the radical worldview of today’s liberal media intelligentsia, or deep state actors.

“Frank, the voice of free speech, will be the platform for Americans who want to defend life, liberty, and all the freedoms that have marked America as the longest running Constitutional Republic in the history of the world. On this platform you will find a home where you can post videos, livestream television, distribute news and information, and find community and fellowship with likeminded Americans.

“Frank will be a home for major influencers, to micro influencers, to average Americans wanting to share in the constitutional right of freedom of speech and freedom of expression. We hope you will join our community and let freedom ring.”

It also includes a link to LindellTV, where the pillow entrepreneur has videos maintaining his claim there is scientific proof that the 2020 presidential election was illegally stolen from President Trump.

Charisma News reported one aspect of Lindell’s Frank platform will be dedicated to investigation regarding the 2020 race.

“We have hired the best investigators and resources and are working hard to backtrack the various aspects of the election,” Lindell said.

“When we get through this, we will see the greatest revival in history that will restore our beloved America, and this is why we have hope. … Buckle up, chin up and get ready. And do all you can from where you are, beginning with prayer efforts where you live. Let’s all start believing God for what He is doing and be proactive in standing for the Lord Jesus Christ!”

Frank will have plenty of competition in the marketplace of sites rebelling from left-leaning Big Tech sites such as Facebook and Twitter. Among right-leaning, free-speech sites that have emerged in recent years are Gab, Parler, Find.com and USA.life.

And, as WND reported last month, Trump himself, one of the most prolific users of social media in American history, will soon be launching his own social platform, according to one his representatives.

“I do think that we’re going to see President Trump returning to social media in probably about two or three months here, with his own platform,” Trump senior adviser Jason Miller told Fox News’ “#MediaBuzz.”

“And this is something that I think will be the hottest ticket in social media, it’s going to completely redefine the game, and everybody is going to be waiting and watching to see what exactly President Trump does.”