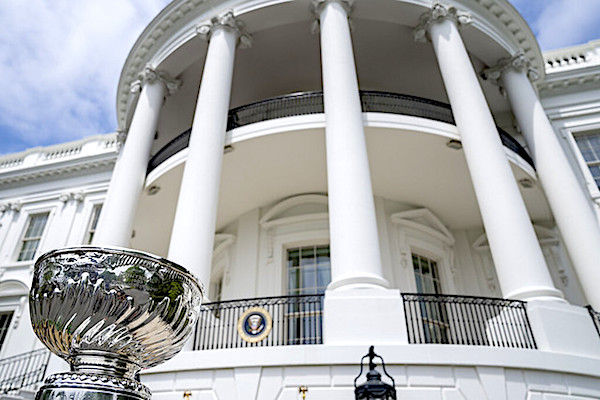 He’s one of the most popular faces on the Fox News Channel and the darling of conservatives nationwide.

Now, there’s speculation that top-rated broadcaster Tucker Carlson may run for president in 2024.

During a Friday speech in Des Moines, Iowa, Carlson “flirted with a presidential run in his speech to a large gathering of Christian conservative voters,” reports Yahoo News.

“He has the role that Rush Limbaugh had in the ’90s and he’s very aware of it.”

“Tucker is setting the terms of ’24 right now, he is the moderator. He’ll be hugely influential in terms of setting the topics. He has the bully pulpit.”

During Carlson’s address, the television host noted: “Nobody on either side has an ironclad claim to the nomination,” not mentioning Joe Biden or former President Donald Trump.

“I’m not a Putin defender, despite what you may have heard, because he’s not the president of my country,” Carlson explained.

“I’ve always liked Nikki Haley, I would tell it to her face, ‘I like you, I don’t want you in charge of anything,’” Carlson said. “Because the second things get intense … I want a leader who can still think clearly.”

Carlson has repeatedly tried to throw cold war on presidential chatter for himself, telling journalist Ben Smith of Semafor, “I’m not running,” along with laughter.

Yahoo reported: “Carlson used the event to blast transgender athletes, high energy prices (and wind turbines), make a glancing mention to Jan. 6 (an issue which hasn’t engaged voters on the right), before ultimately pivoting to an attack on corporate America. The speech ultimately focused on the kind of pocketbook issues that have been engaging many voters this year, themes very familiar to his large cable audience.”