Foundation steps up to defend students since Biden administration won't 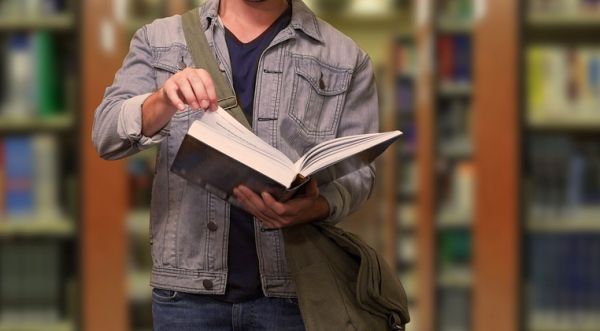 The Foundation for Individual Rights in Education, a private organization, is arguing before the Supreme Court that it should be allowed to “defend student rights” in light of the fact that the “Biden administration” doesn’t want to do it.

The stunning claim charges that the federal government simply “has refused to defend” the “vital protections” for students concerning the installation last year of Title IX regulations.

Those regulations, installed during the Trump administration, protect students from unfair hearings and “illiberal” speech codes by requiring campus proceedings to implement the rights required by the Constitution. Many such cases involve claims of sexual assault and in the past, students arbitrarily were convicted and punished.

Robert Shibley, the executive director of FIRE, said, “The federal government has refused to defend these vital protections on constitutional grounds. In fact, the Biden administration has repeatedly mischaracterized, criticized, and threatened the regulations.

“Since the federal government won’t make the strongest case for students rights, FIRE will,” he said.

The organization is asking the high court for permission to appear in cases in which those issues are present.

It was on May 6, 2020 that the Department of Education issued new regulations surrounding the application of Title IX, the federal law prohibiting sex discrimination in federally funded educational programs, FIRE reported.

“The regulations provide students with essential free speech and due process protections that were long denied to them within many campus sexual misconduct disciplinary proceedings,” FIRE explained.

But leftists across the country worked to file five lawsuits challenging the regulations.

FIRE, Speech First and the Independent Women’s Law Center joined together to defend the rules.

That leaves the “Biden administration” with the responsibility of defending the rules, despite the fact officials in the administration already have begun “the process to unravel them.”

Intervention by the Supreme Court would let FIRE continue to intervene.

It was the 1st U.S. Circuit Court of Appeals that claimed the government “can be trusted to protect the student rights,” FIRE reported.

“This trust is misplaced,” FIRE reported, because Biden has promised a “quick end” to the protections.

He has assigned Education Secretary Miguel Cardona to dismantle them.

FIRE is asking that the Supreme Court make sure such constitutional issues be resolved.

“The government doesn’t always have the same interests as private citizens. Why should courts presume that it does?” asked FIRE Vice President of Litigation Darpana Sheth. “We hope the Supreme Court will step in to resolve the circuit split so that FIRE can defend students’ basic rights when their government won’t.”

Before the regulations, many universities didn’t even offer the presumption of innocence to those individuals accused.

The organization also said student rights of due process are being threatened by Biden’s nomination of Catherine Lhamon to the post as assistant secretary for civil rights in the Department of Education.

Shibley explained if confirmed, “Lhamon’s history and rhetoric indicate that she will put her thumb on the scale of justice — ripping away fundamental rights and encouraging a patently unfair shadow justice system that deprives students of their right to due process.”

FIRE Program Officer Ryan Ansloan added, “Institutions are taking every opportunity to avoid providing due process across the board — even going so far as to create three separate disciplinary systems per campus to afford students as few protections as legally permissible.

“America’s top universities are offering rock-bottom due process protections. That’s why lawmakers and the courts must require a single, clear, and fair process for adjudicating campus misconduct once and for all.”

The newest guidance from the Department of Education, in fact, is more about “advising institutions how to provide as few due process protections for students” than recognizing student rights, FIRE reported.