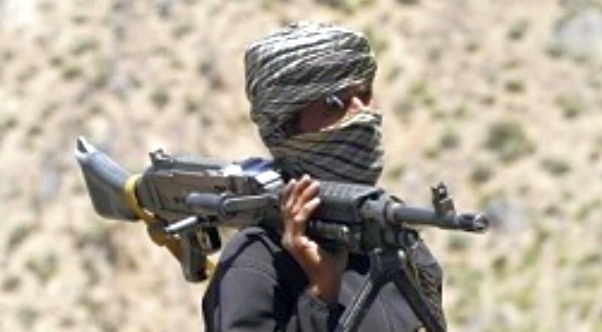 The U.S. Department of Justice has announced the indictment of a Taliban member for the deaths of American troops.

It is Haji Najibullah, who previously had been accused in the 2008 kidnapping of an American journalist, who this week was accused of a separate attack on American troops that year that left three soldiers dead.

Najibullah during the 2007-2009 time period was a commander in the Taliban, the terror organization to which the Biden administration handed over Afghanistan just weeks ago.

Court documents charge that Najibullah, who also was known by a long list of aliases, 45, previously was accused of the 2008 kidnapping of the journalist and two Afghan nationals, but a superseding indictment now adds criminal counts for “attacks on U.S. troops conducted by Najibullah and the Taliban fighters under his command.”

Those included a June 8, 2008, incident involving an American military convoy in which Sgts. First Class Matthew L. Hilton and Joseph A. McKay and Sgt. Mark Palmateer – and their Afghan interpreter were killed.

Najibullah also allegedly was responsible for an attack several months later in which a U.S. military helicopter was shot down.

He was arrested in the Ukraine last year and extradited to the United States and now is in federal custody.

“Najibullah, who allegedly served as a Taliban commander in 2007 and 2008, is charged with numerous terrorism offenses relating to attacks against the U.S. military in Afghanistan, including an attack that killed three U.S. servicemembers, and others relating to taking an American journalist hostage in Afghanistan,” said Acting Assistant Attorney General Mark J. Lesko for the Justice Department’s National Security Division. “He will now be held accountable in an American courtroom. The National Security Division and our partners are committed to identifying and holding accountable those who target and harm Americans anywhere in the world. I want to thank the agents, analysts, and prosecutors who are responsible for this case.”

U.S. Attorney Audrey Strauss in New York said, “As alleged, during one of the most dangerous periods of the conflict in Afghanistan, Haji Najibullah led a vicious band of Taliban insurgents who terrorized part of Afghanistan and attacked U.S. troops. One of these lethal attacks resulted in the deaths of three brave American servicemembers and their Afghan interpreter, and another attack brought down a U.S. helicopter. Najibullah also arranged to kidnap at gunpoint an American journalist and two other men and held them hostage for more than seven months. Neither time nor distance can weaken our resolve to hold terrorists accountable for their crimes and to see justice done for their victims. Thanks to the outstanding work of our law enforcement partners, Najibullah will answer for his heinous acts in an American courtroom.”

In what is one of most ironic turns of events in American history, President Joe Biden ordered American military personnel to abandon all their operations in Afghanistan, creating a vacuum in which it took less than two weeks for the Taliban to regain control of that nation.

Biden also abandoned behind enemy lines many Americans and Afghans who had supported America’s intervention there, and some now likely face execution by a retaliating terror organization.

Further, some $80 billion in American war machinery was left behind by the abrupt abandonment of bases there, likely for terrorists to now use.