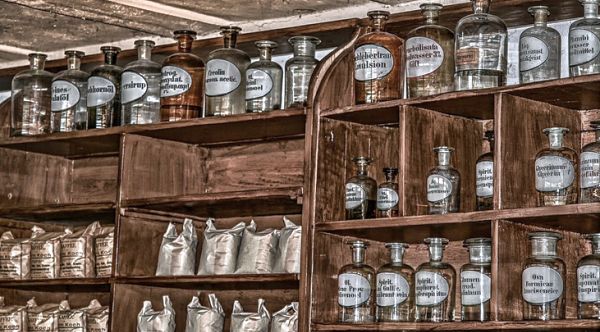 The Florida Department of Health has joined Gov. Ron DeSantis in emphasizing the safety of children over the LGBT agenda that leftists want to impose on schools, by issuing a public guidance that, “Children experiencing gender dysphoria should be supported by family and seek counseling, not pushed into an irreversible decision before they reach 18.”

The guidance was praised by officials with Liberty Counsel, a legal team that has fought many of the court battles over agendas that include puberty blockers and cross-sex hormones for children.

It was Florida Surgeon General Dr. Joseph Ladapo who said in a DOH statement that, “The federal government’s medical establishment releasing guidance failing at the most basic level of academic rigor shows that this was never about health care. It was about injecting political ideology into the health of our children.”

The statement said the “current evidence does not support the use of puberty blockers, hormone treatments or surgical procedures for children and adolescents experiencing gender dysphoria…”

The statement said that’s the conclusion considering “80% of those seeking clinical care will lose their desire to identify with the non-birth sex, the importance of puberty to brain development, with the pre-frontal cortex (which is responsible for executive functions, such as decision making) continuing to develop until approximately 25 years of age, and the potentially irreversible consequences such as cardiovascular disease, osteoporosis, infertility, increased cancer risk, and thrombosis.”

According to Liberty Counsel, “The guidance also states that ‘social gender transition,’ prescribed puberty blockers or cross-sex hormones, and gender reassignment surgery have ‘an unacceptably high risk of doing harm’ to minors.”

DeSantis recently signed a law protecting parental rights regarding what is taught to their children. It bans the indoctrination of children in kindergarten through grade three with LGBT ideologies.

Liberty Counsel explained, “In fact, drugs that are being used as a puberty blocker in gender-confused youth have been linked to tens of thousands of serious reactions and thousands of deaths, as well as other serious medical issues, according to Food & Drug Administration (FDA) data. In 2019, the FDA documented over 41,000 adverse reactions suffered by patients who took Leuprolide Acetate, known as Lupron, which is used as a hormone blocker. There have been 25,645 reactions considered ‘serious,’ including 6,379 deaths.”

The report documented that Lupron typically is used against prostate cancer “as it inhibits the flow of testosterone over the prostate. The drug is clinically approved for treatment of precocious puberty, a condition where children start their pubertal processes at an abnormally early age and the blocker is administered for a short time until the proper age.”

It has not been approved for children diagnosed with “gender dysphoria,” the report said.

The report added, “In an interview with The Christian Post, Dr. Michael Laidlaw, a California-based pediatric endocrinologist, stated that he knows of no other psychological condition that is treated by administering hormones out of alignment from their normal levels. When injected into a physically healthy body, the drug interrupts a normally functioning endocrine system and causes a condition where the male testes or the female ovaries produce little or no sex hormones. Currently doctors are giving testosterone to gender-confused girls as young as eight years old and teen girls as young as 13 are having their breasts removed via mastectomy procedures. Boys the age of 17 can have penises the developmental age of a nine-year-old’s or lose sexual sensation all together due to hormone blockers.”

Laidlaw confirmed gender dysphoria is a psychological condition, not one involving the endocrine system.

The report noted Dr. Paul Hruz, another pediatric endocrinologist who spoke with The Christian Post, “said that overwhelming medical evidence exists that the vast majority of affected children will spontaneously realign their gender identity with their biological sex when left alone.”

Liberty Counsel explained it “represents licensed therapists who provide life-saving counseling to minors who desperately desire to conform their attractions, behaviors, and gender identities to their sincerely held religious beliefs. In Otto v. City of Boca Raton, FL, a three-judge panel of the Eleventh Circuit Court of Appeals struck down a city and county ordinance that banned counselors from providing minor clients with help to reduce or eliminate unwanted same-sex attractions, behaviors, or gender confusion. The appeals court found that the laws were both content and viewpoint based and violate the First Amendment right to free speech.”