Fight for public's access to court records stalls out 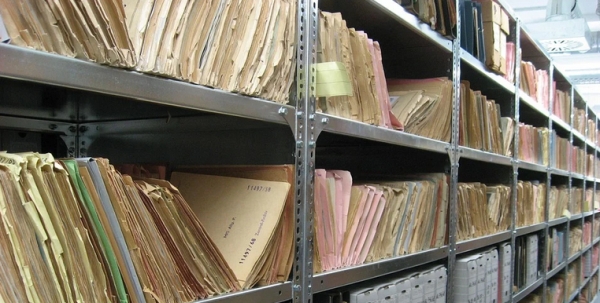 A privacy organization’s fight for public access to court records has stalled out, as an appeals court has ruled the dispute must go back to a district judge for another review.

The fight is being pursued by the Electronic Frontier Foundation, which explained the battle involves Uniloc, “one of the world’s most prolific patent trolls,” and Apple.

The lower court already has ruled three times the public has a strong presumption of a right to access the records and Uniloc must make them public.

However, the U.S. Court of Appeals for the Federal Circuit recently mandated yet another review over whether any of the materials should be kept secret.

EFF explained, “The public has a constitutional right to access court records, including records that contain information about patent licenses. But patent litigants routinely disregard that right and seal more than the law allows. District courts have discretion to apply their local rules vigorously to deter litigants from doing so. The Federal Circuit’s decision undermines both the public’s right of access and district courts’ authority to protect it.”

EFF explained it got into the dispute in 2019 “after trying to review court filings in the case that were related to Apple’s efforts to dismiss Uniloc’s patent infringement claims.”

EFF said, “Apple and Uniloc filed nearly all of the evidence and exhibits associated with that fight under seal, making them inaccessible to the public. And the legal briefs were so heavily redacted that no one reading them could understand the key legal issues or arguments made by either side.”

So the organization intervened and sought access. The district court agreed, and the long list of appeals soon followed.

EFF reported, “The district court ruled that the public’s interest in access to the license table was particularly strong because the information in it establishes the dispositive facts in the case: whether Uniloc made enough money in licensing revenue to satisfy its agreement with Fortress [another company] and prevent its patents from being transferred to Fortress automatically under the terms of their agreement. That issue is dispositive because the transfer of Uniloc’s patents to Fortress would deprive Uniloc of the exclusive rights required to bring the lawsuit.”

The latest opinion is considered dangerous, EFF said, because it “puts a patent troll’s desire for secrecy ahead of the public’s right to access court records.”

It was “troubling” that the latest opinion “appears to assume that the public has no right to access patent licensing information, even when that information is key to a legal dispute in litigation. That portion of the opinion provides too much cover for Uniloc and other patent trolls to use public courts while keeping most of their filings hidden from the public. And it also potentially frustrates public access in future cases where patent licensing might be a central issue,” EFF said.