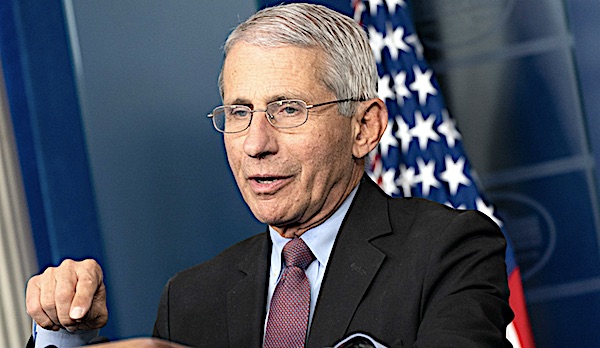 The National Institutes of Health under the leadership of Dr. Francis Collins funded a Chinese Communist Party-run scientific organization tied to the People’s Liberation Army, the National Pulse reported..

Collins, who recently confessed the U.S. had “no control” over the Wuhan Insitute of Virology despite funding it, signed a memorandum of understanding to boost collaboration with the National Natural Science Foundation of China, or NSFC.

NSFC describes itself as a state-owned scientific body that is “guided by President Xi Jinping’s Socialist Thoughts with Chinese Characteristics for the new era.” It has collaborated extensively with the People’s Liberation Army, “earnestly implementing the spirit of the Party’s 19th National Congress.”

The Chinese group’s 2020 funding guidelines identify “innovative research in defense and military and civilian integration” as receiving “preferential” funding. More than 75 studies funded by the NSFC were conducted by researchers working for Chinese communist military-run institutions.

Emails obtained by the National Pulse through a Freedom of Information Act request show Fauci was in regular contact with the Chinese army affiliated group’s vice president, George Gao.

A 2016 study authored by Daszak and the Wuhan Institute of Virology’s “bat lady,” Shi Zheng-li, focused on the “modulation of the host immune response” in bat SARS-like coronaviruses.

In 2011, the National Pulse reported, the deputy director of Fauci’s NIAID, Hugh Auchincloss, led a delegation to Beijing to meet with their Chinese Communist Party counterparts to solidify “the funding of joint research programs.”

In emails recently obtained through a FOIA request,
Auchincloss expressed panic to Fauci about “gain of function” research in China, including at the Wuhan Institute of Virology.

In gain-of-function research, virologists enhance the lethality and transmissibility of viruses that pose the threat of jumping from animals to humans so they can prepare treatments and vaccines in advance. The NIH under President Obama imposed a moritorium on the research in 2014 because of the security risks. But NIH kept funding it through third parties, particularly Daszak’s EcoHealth Alliance.

Last week, the National Pulse spotlighted a 2017 report by Science News that said the Wuhan lab had obtained “all the genes to make a SARS coronavirus similar to the epidemic strain.”

Meanwhile, a video of a 2016 speech by Daszak was unearthed in which the scientist boasted his “colleagues in China” were creating a “killer” coronavirus.

The admission, at an event discussing “emerging infectious diseases and the next pandemic.”

Daszak and Shi Zhengli are listed as co-authors of more than a dozen research papers that were produced through $3.7 million in NIAID grants. Shi has included the Fauci-backed grants on her resume. Until March 2021, when the issue was brought up by lawmakers such as Sen. Rand Paul, R-Ky., the Wuhan lab listed the National Institutes of Health as one of its “partners.”