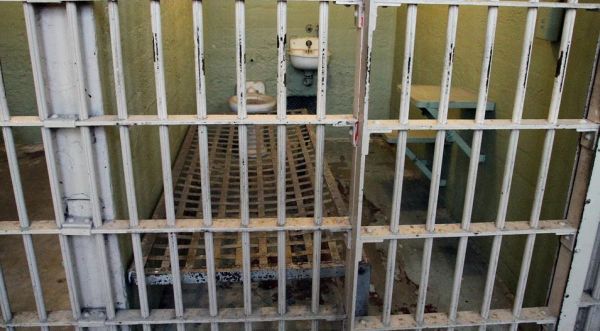 A Canadian father who was ordered jailed for six months and fined $30,000 for violating a judge’s gag order in a case involving a sex-change procedure for his daughter has been freed while his case is on appeal, according to a report from Mass Resistance, an American organization that investigates and reports on social agendas and campaigns.

The organization has posted a report that Rob Hoogland’s new attorney is Vincent Larochelle, who specializes in criminal appeals.

“Two weeks after British Columbia father Rob Hoogland was sentenced to a prison term, he has been freed and is back home! He was imprisoned for violating a ‘gag order’ that barred him from discussing his teenage daughter’s gruesome government-supported ‘sex-change’ procedures,’ the organization reported.

It was the Federalist that reported in March that he was jailed after referring to a 14-year-old daughter who believes she is a boy as “she.”

British Columbia’s Supreme Court in February 2019 had ordered that the girl receive testosterone injections despite the father’s objections. The court further declared that if either parent referred to the girl with female pronouns or by her birth name, the parent would be considered guilty of “family violence.”

The trouble for Hoogland began when his daughter’s school referred the girl to a psychologist who recommended that she begin taking cross-sex hormones at age 13. Hoogland, citing his daughter’s alleged history of mental health issues, refused to give permission. But physicians at BC Children’s Hospital decided the girl should receive testosterone injections, and the court agreed.

Constitutional scholar Jonathan Turley said that if he were in that situation, he would “yield to the child’s preference on how the child is referenced.”

“However, the question is whether the state should play such a coercive and intrusive role in a family,” argued Turley, a professor of law at George Washington University in Washington, D.C.

“Ordering a parent not to speak to his child about the issue or arresting him for referring to the child’s biological gender raises very serious parental and free speech rights in my view,” he wrote in a commentary posted on his website.

“I realize that many experts believe that opposing such gender transition is abusive and harmful. I do not discount that view. However, that is a position best left to persuasive rather than coercive means. We can debate this question and many can oppose the use of such pronouns as abusive. Yet, arresting a parent for continuing to oppose such a transition or referring to the wrong pronoun is chilling. There is an utter disregard of the countervailing interests and rights of parents in these decisions,” he wrote.

The Canadian courts have tried to control all information about the case, ordering that the father be “restrained” from trying to persuade his daughter not to get the treatment, or even referring to her as “a girl.”

Further, the father was banned from sharing any information regarding his daughter’s “sex, gender identity, sexual orientation, mental or physical health, medical status or therapies.”

The Mass Resistance report explained British Columbia Supreme Court Justice Michael Tammen “was furious that Rob had told MassResistance and others what the government is doing to his daughter – and that MassResistance had subsequently posted incriminating documents exposing the terrible behavior of the ‘gender clinic.’”

The organization reported, “Tammen’s emotional obsession with this case and with punishing Rob is exhibited in a detailed 18-page ‘Reasons for Judgment’ paper he wrote after the sentencing. Like the punishment he gave out, it seems rather excessive given the relatively mundane nature of the ‘crime.’”

After he was jailed, Mass Resistance posted, “Rob’s friends and family contacted one of the top young criminal-appeal lawyers in British Columbia, Attorney Vincent Larochelle, who has taken the case. Larochelle is a graduate of Oxford Law School, a Rhodes Scholar, and is considered a ‘rising star’ in this field.”

The lawyer “successfully filed an appeal for Rob, arguing that his rights were clearly violated under Canada’s Charter of Rights. On April 30, the British Columbia Court of Appeal granted the application for Rob to be released on $1,000 bail until his appeal hearing, which has been scheduled for Nov. 1, 2021.”

The report did note, however, that the release order includes a continuation of the “gag order” that deprives the father of in any way identifying himself or his daughter or anyone else involved in the case.

He also must not travel, must not change his job or in any other way break the laws.

The organization reported that while he was in prison, Rob got a letter for Member of Parliament Derek Sloan of Ontario, who told him, “Stay Strong. The biggest changes come from government overreach like this. This is a tough time, but know that you are in the hearts and minds of many.”

Courts in the United Kingdom have said children should not undergo such procedures because they don’t have the maturity to make such life-altering decisions.

Myanmar Bishops Call for a Halt to Attacks on Churches