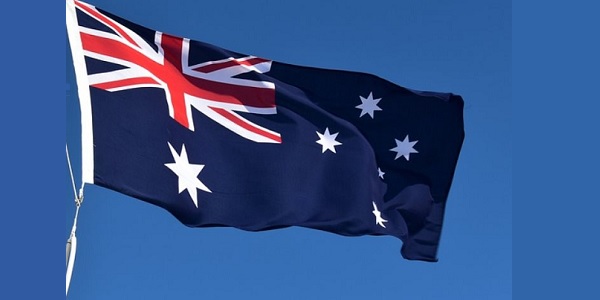 Facebook has decided to block news sharing on its Australian platform, because of a new law there that would require the Big Tech behemoth to compensate publishers for their work.

A report on the dispute at TechCrunch explained that the move by Facebook was an “antisocial” campaign move that would silence “a swathe of non-news publishers’ Facebook pages” as well as silencing those news outlets themselves.

Facebook, admitting that news makes up less than 4% of the content people see in their news feed, said it had been prepared to “significantly increase our investments with local publishers,” but would do so only “with the right rules in place.”

And it claimed to have given to Australian publishers “free referrals … worth an estimated $407 million” Australian dollars.

TechCrunch reported, “Facebook took the step to censor a bunch of pages as parliamentarians in Australia are debating a legislative proposal to force Facebook (and Google) to pay publishers for linking to their news content. In recent years the media industry in the country has successfully lobbied for a law to extract payment from the tech giants for monetizing news content when it’s reshared on their platforms — though the legislation is still being drafted.”

The issue had been raised by Google a month ago, when it “threatened to close its search engine in Australia if the law isn’t amended.” But the report said Facebook “flipped the chaos switch first.”

“Internet users in Australia took to Twitter to report local scores of Facebook pages being wiped clean of content — including hospitals, universities, unions, government departments and the bureau of meteorology, to name a few,” TechCrunch reported.

Lawmakers there said the move was “an assault on a sovereign nation” and the prime minister promised his country “would not be intimidated.”

“So it looks like the collateral damage of Facebook silencing scores of public information pages is at least partly a PR tactic to illustrate potential ‘consequences’ of lawmakers forcing it to pay to display certain types of content — i.e. to ‘encourage’ a rethink while there’s still time,” TechCrunch reported.

Facebook claimed, “The actions we’re taking are focused on restricting publishers and people in Australia from sharing or viewing Australian and international news content. As the law does not provide clear guidance on the definition of news content, we have taken a broad definition in order to respect the law as drafted.”

The blunt action, the report said, has “attracted criticism that [Facebook is] putting business interests before human rights — given it’s shuttering users’ ability to find what might be vital information, such as from hospitals and government departments, in the middle of a pandemic.”

It continued, “Facebook’s intentional over-flex has also underscored the vast power of its social monopoly — which will likely only strengthen calls for policymakers and antitrust regulators everywhere to grasp the nettle and rein in big tech. So its local lobbying effort may backfire on the global stage if it further sours public opinion against the scandal-hit company.”

TechCrunch said, “Compare and contrast Facebook’s rush to silence information pages in Australia with its laid back approach to tackling outrage-inducing hate speech or violent conspiracy nonsense and it’s hard not to conclude that content moderation on (and by) Facebook is always viewed through the prism of Facebook’s global revenue growth goals.”

“I’m a proud ex-Facebooker, but over the years I get more and more exasperated. For Facebook and Mark it’s too much about the money, and the power, and not about the good,” Scheeler said. “Imagine if a Chinese company for example had done this, we would be up in arms. All Australians should be quite alarmed by this.”

Among Facebook’s targets in its campaign so far have been Save the Children Australia, the Hobart Women’s Shelter, and the Kids Cancer Project. Also the Brisbane City Council, South Australia Health and the Bureau of Meteorology.

Google ended up going another direction in the dispute, and announced it has reached a multiyear agreement with News Corp, the largest owner of newspapers by circulation in Australia, to pay for content.

On their own platform, Facebook officials said they would prioritize investments in “other countries.”