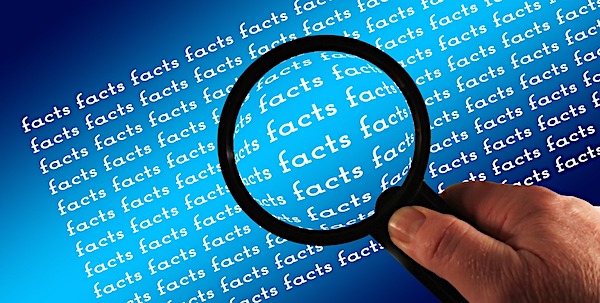 A former editor of the Drudge Report, which once was the feisty, wave-making, afraid-of-nothing news site that brashly posted a tease for Jerome Corsi’s “Where’s the Birth Certificate?” book about Barack Obama, but now is described as an “echo chamber,” is launching a competitor.

Joseph Curl revealed that “Off The Press” will be a conservative-oriented aggregator with an eye to covering “everything … for those who devour news all day.”

“Now more than ever, keeping up with the most important stories is a battle,” Curl said in his announcement about the project. “With social media deluging everyone with endless posts on their news feeds, the internet needs an editor to cull the very best stories and present them on a single site. That will be the sole mission of Off The Press.”

The announcement described the Drudge Report, as it exists now, as “just another echo chamber for the mainstream media.”

The plans are for the new site to include coverage from all political angles, highlighting developments “from both the left and the right and everywhere in between.”

The announcement said readers will find politics there, as well as “stories about all the topics driving the news.”

However, Curl said, it will be unlike Drudge in that “you won’t see any stories about exorcisms.”

A “tip box” is planned for readers to contribute ideas.

Off The Press’s three editors will be posting across every social-media platform, will cover the world 24/7 so that their readers will be able to simply “check in multiple times a day to stay informed.”

WND Editor Joseph Farah wrote only a few months ago about the dramatic change that became apparent in the Drudge Report.

He explained how he and Matt Drudge “started the internet’s news revolution together, friendly and daring, 24 years ago.”

Then the Drudge Report, on one day in April, dropped its links to WorldNetDaily, WND’s original name.

“For many years, WND included a permanent link to Drudge above the fold. That was when a Drudge link was a sign of the kind of site you ran – a Drudge-type site,” the WND editor wrote.

“In the early days, WND had the distinguished honor of having more links back on Drudge than any other website. Joseph Farah was the second one. How did I achieve it way back in the ’90s? I simply asked for it. Yes, Drudge and I had a real relationship. That’s how I knew in recent years that it wasn’t Drudge in charge. He sold it – or sold out.”

He explained how he tried to hire Drudge when starting WND.

“I liked his style. I thought of him as a promising young ‘wire editor,’ as we called them when I was a newspaperman. I think I offered him some $50,000 in 1997. He thought about it for a while, before deciding on an independent path.

“Drudge had a great sense of humor. One day he called me with an idea. He loved Jerome Corsi’s new book in 2011 – ‘Where’s the Birth Certificate?’ He told me he was going to tease it with a shameless display on his website, pointing to its No. 1 position on Amazon. You might remember he was not afraid of anything or anybody then – not even Barack Obama,” the WND editor explained.

“I knew what that would mean: Obama was going to have to RELEASE an actual birth certificate – real or fabricated!

“Sure enough, he did. That was the first time I saw the media close ranks against me. They did it with reckless abandon. The most amazing shot across the bow came from Esquire magazine, owned by Hearst, my old employer – in which the ‘reporter’ made up the whole imaginary story about my pulling the Corsi book from bookshelves. It’s still there at Amazon 10 years later to make my point. (After the story initially went up, Esquire posted an ‘update’ hoping to cover for its fraud.)”

Then as Big Tech grew, he explained, their intent to “muzzle free expression” grew evident.

“It began in an auspicious year – 2015. That’s when I first saw the signs of something ominous. For decades before that, I taunted Google, Facebook, Amazon, Twitter and Apple openly. I said they were ‘evil.’ But I just didn’t know how right I was. All it took for them to show their teeth was President Donald J. Trump.

“I tried to warn him – and everyone else I knew. Half my columns in those days were devoted to the New Tech Tyranny. But it was too little, too late. Trump saw it too late when even he became a victim – being banned from Twitter late in his presidency.

“I swear, the five massive strokes I experienced in 2019 were in part due to the tremendous pressure I was under as my business crumbled. Matt Drudge apparently cracked up, too. I know for a fact he has passed the baton and is definitely not ‘running the show.’ And, who knows what happened to the late Andrew Breitbart?” Farah explained.

But he said, “I have a plan to survive and flourish in the future. In fact, I’d love to be there with questions for Trump’s second term. That will be a joyous day, won’t it?”