Ex-Clinton adviser on totalitarianism: 'We're here. There's no way around it' 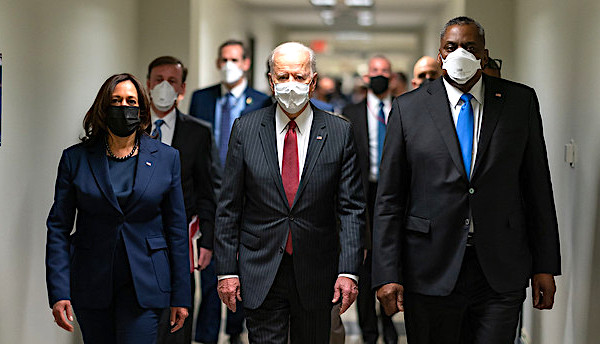 A former adviser to Bill Clinton is warning about the advance of totalitarianism in the United States through rules imposed by government officials claiming to be fighting COVID-19.

“We’re here,” said Naomi Wolf, who advised Clinton during his reelection campaign in the 1990s, during an interview with Fox News’ Tucker Carlson Monday night.

“We’re really moving into a coup situation,” she explained. “That transcends everything you and I might agree or disagree on.”

The author has explored the demise of democracies through her research for a number of years, and previously has written about the process.

America, she said, now is in Step 10, the suspension of the rule of law.

That’s when nations “start to be a police state,” she said.

She said there are a lot of people who see the problem, but the issue right now is that the nation is “very divided.”

That would come at least partly from the fact that Democrats denied from the outset that President Donald Trump was legitimately elected in 2016, and actually worked, during the final days of the Barack Obama administration, to spy on him and undermine him.

A federal investigation now is going on into the events that included the weaponization of the nation’s intelligence agencies by the Obama administration against a political opponent.

Then during the Trump administration, Democrats up and down the party continued to stage what they described as the “resistance,” a movement that included the contention that Trump was not legitimately president.

The campaign produced, among other things, the 2020 election that included states where officials ignored their own legal requirements to count enough votes to turn the election over the Joe Biden, and President Trump’s resulting claims that the election was stolen.

“The state has now crushed businesses, kept us from gathering in free assembly to worship as the First Amendment provides, is invading our bodies … which is a violation of the Fourth Amendment, restricting movement, fining us in New York state … the violations go on and on,” she said.

She also was critical of Joe Biden’s leadership from the office of president, and said on social media lately that his COVID-19 policies are making her regret her vote for him.

“‘I really hope we wake up quickly because history also shows that it’s a small window in which people can fight back before it is too dangerous to fight back,” she warned.