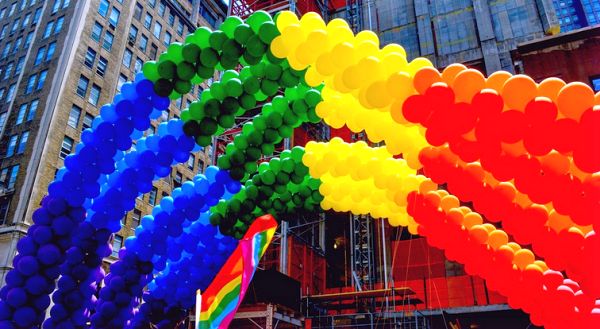 A pastor who also was a part-time caretaker at a school in the United Kingdom said on social media that LGBTQ “Pride” events are “contrary to Christian faith and morals,” and was punished for it.

Now an employment tribunal has ruled that the school discriminated against him when it hounded him out of his role.

The case involves Pastor Keith Waters, 55, who has been supported by the Christian Legal Centre.

He had resigned when he felt he could not longer combine his roles as a Christian pastor and a caretaker at the Isle of Ely primary school.

The decision came from an employment judge who found in favor of Waters’ freedom to express his biblical believes on human identity and sexual morality.

“Furthermore, the ruling finds that Christian pastors that have employment alongside their church ministries are free to express their biblical faith online without fear of losing other jobs,” according to a report from Christian Concern.

The decision found: “The fact that the claimant made the tweet outside of work on his personal account as part of his role as a Christian minister is highly relevant. It is one thing to have rules that apply during work and something else to extend those to one’s private life outside of work.”

The judge added, “To curtail the claimant’s freedom of speech outside of work which is an important part of his role as a Christian minister and thus part of freedom to practice his religion must be done with some exercise of caution and only in the clearest cases where the rights of others are being damaged should the school intervene to prevent the claimant from preaching. It is clear to us that evangelical Christian ministers will have views not necessarily shared by everyone in society but that is part of their duty as a Christian minister to preach those beliefs.”

The decision said it was wrong for the school to give Waters an ultimatum to choose between his job and his faith.

Specifically, the ruling said Waters’ beliefs are protected under the Equality Act 2010.

Waters, in a statement released by Christian Concern, said he was relieved by the outcome.

“I pray that this ruling will help protect pastors in the future that have to work part time in other jobs to make up their income. This is an important win for our freedom to speak the truth of the gospel without fear of losing our jobs,” he said.

Andrea Williams, chief executive of the Christian Legal Centre, said: “We are happy that Keith has finally received justice in this crucial case for Christian freedom. For loving Jesus, speaking biblical truth, and caring for the welfare of children, Keith became persona non grata – his words and intentions distorted, his character assassinated.”

The organization reported it was in 2016 that Waters took a 60% pay cut from his position as estates manager for a college at Cambridge in order to be pastor and caretaker at the primary school.

When, in 2019, the LGBT promotion “Pride” month came around, he said, “A reminder that Christians should not support or attend LGBTQ ‘Pride Month’ events held in June. They promote a culture and encourage activities that are contrary to Christian faith and morals. They are especially harmful to children.”

The school immediately attacked him.

As did others, who even arranged for funeral directors to go to his home to “arrange” for his “funeral,” the case documented.

One time, an angry local resident in a car nearly knocked him off his bike.

Waters was told by the school his tweet was “highly inappropriate and offensive,” and that he had brought the school into disrepute and broken the code of conduct and he was issued with a final written warning.