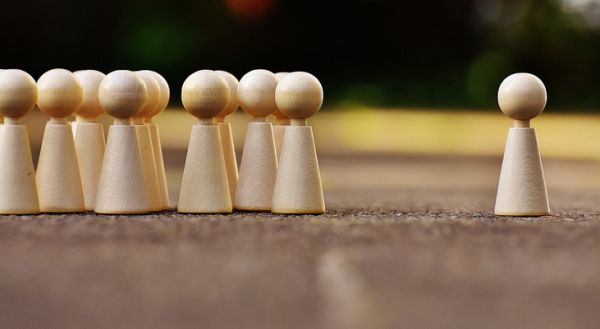 An employment tribunal in the United Kingdom has issued a garbled ruling that says biblical beliefs are, in fact, protected under the nation’s non-discrimination laws.

But the ruling also said workers still can be punished for those beliefs.

The result, according to a statement from Christian Concern is that a decision on whether the case will be pursued any further is pending.

“This is a confusing and muddled judgment. The way in which the judge has driven a wedge between holding a belief and manifesting it means these basic Christian beliefs are protected on paper but not in practice. The freedom to hold a belief, but not be able to express it, is no freedom at all,” Williams said.

“This ruling means that you can believe that it is impossible to change sex but if you live out that belief as a doctor your job may be at risk. If you fail to comply, you could be forced out of your employment.”

It was an Employment Appeal Tribunal that said biblical beliefs that do not affirm transgenderism are protected under the Equality Act. But the ruling also said Christians cannot express those beliefs in the workplace without fear of losing their jobs.

Mrs. Justice Eady handed down judgment in the case of Dr. David Mackereth, 58, who had appealed his firing in 2018 as a medical assessor for the Department for Work and Pensions after refusing to identify clients by their chosen gender instead of their biological sex.

Mackereth had challenged a ruling by the lower level Employment Tribunal that “said that his belief in Genesis 1:27, that we are born male and female, was ‘incompatible with human dignity,’ ‘unworthy of respect in a democratic society’ and ‘mere opinion.’”

His lawyers explained, “The ruling put Dr. Mackereth’s biblical beliefs on a par with neo-Nazi beliefs and was believed to be the first time in the history of English law that a judge had ruled that free citizens must engage in compelled speech.”

The appeal has changed some of that, determining that the original tribunal made a mistake, and applying Equality Act and Human Rights Act protections to the beliefs.

However the appeal’s tribunal dismissed Mackereth’s appeal by claiming that the original hearing had properly assessed the merits of the case as if the beliefs had been protected.

The legal team explained, “Ultimately, the EAT affirmed the ET’s findings that while the belief, or lack of belief, in transgenderism was protected, its manifestation in the workplace was qualified.”

Christian Concern said, “While the EAT has held that belief in Genesis 1:27, and everything that flows from that core belief, are protected, it also found that those beliefs may nonetheless be offensive. The implied bias makes the ruling unsafe in that is passes judgment about the substance of Christian beliefs in breach of its duty of strict neutrality. The unconscious disdain shown to those beliefs also empowered the EAT to bend over backwards to justify Dr. Mackereth being forced out of his job.”

The organization warned, “Every Christian in the United Kingdom should be concerned that our courts and tribunals can find that being forced to violate your deeply held biblical beliefs and conscience which might result in the loss of your job, is a small price to pay to prevent and possible ‘distress’ to possible transgender clients that a person might have to assist only a few times a year.”