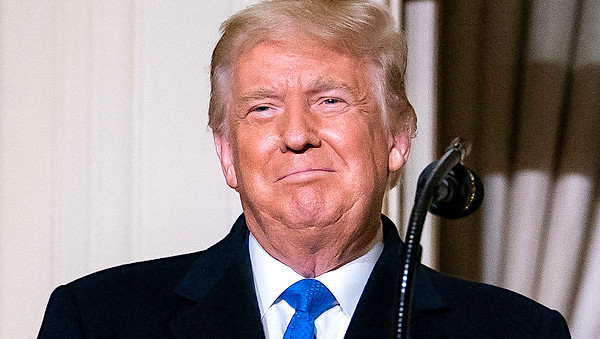 A new analysis from the Foundation for Individual Rights in Education says colleges’ recognition of due process rights for students accused of sexual assault improved under the administration of President Trump.

But it also notes that those gains could be lost under Joe Biden, whose nominee to work in the Office of Civil Rights, Catherine Lhamon, recently told U.S. senators there’s no requirement for a “presumption of innocence” in such cases – even though the rules repeatedly instruct schools to observe a “presumption of non-responsibility.”

Lhamon, previously in the Barack Obama administration, had threatened then to cut off federal funding to colleges that didn’t favor those who make such accusations over those who are accused.

Her actions then triggered hundreds of lawsuits by students who explained they were unfairly – and wrongly – punished for what they didn’t do.

Now, to protect those due process gains, FIRE and two other legal organizations have petitioned the Supreme Court to be allowed to defend those rules in lawsuits.

As part of its work, FIRE reviewed disciplinary policies for Title IX, other sexual misconduct and non-sexual offenses at the top 53 colleges in the country, as ranked by U.S. News and World Report.

Forty-four colleges were given a “D” or “F” grade in at least one disciplinary policy because they offered students no more than four of 10 safeguards FIRE considers essential to due process.

Those factors include such issues as cross-examination and “time to prepare with evidence.”

The new Title IX regulation, from Trump’s administration, helped students accused of sexual misconduct, with only five colleges in FIRE’s list earning a failing grade for due process in those proceedings.

But the schools mostly failed to incorporate those heightened protections into other disciplinary policies.

The report found “institutions nationwide are refusing to implement a single, fair disciplinary process for all students, instead going to absurd lengths to restrict their rights. Colleges and universities investigate and punish offenses ranging from vandalism to felonious acts of sexual assault, handling many allegations that are arguably better left to law enforcement. But their willingness to administer what is effectively a shadow justice system has not been accompanied by a willingness to provide even the most basic procedural protections necessary to fairly adjudicate accusations of serious wrongdoing. That’s why lawmakers and courts must require colleges to afford their students these protections once and for all.”

The fact that when ordered to, schools implemented due process procedures in sex assault cases, but refused to in other adjudications, “makes campuses’ disdain for the traditional due process protections that are the hallmark of any just system all too clear. There is simply no reason that protections like the presumption of innocence, the right to see the evidence against you, the right to face your accuser, or the right to a neutral decision-maker should be confined to students accused of sexual misconduct under Title IX.”

The report noted 33 of those top schools simply refuse to assure students they will be presumed innocent until proven guilty.

“In practice, this meant that most rated colleges had three separate systems of disciplinary policies: one for sexual misconduct that takes place within the college’s educational program and is therefore covered by Title IX, one for sexual misconduct that the college believes it can punish but which did not take place in a context within its control (for example, between a student and a non-student while home on summer break), and one for all other non-academic offenses, such as theft, alcohol violations, property destruction, etc.”

Among the problems: 75% of schools fail to provide timely and adequate notice of the allegations to students accused of wrongdoing before expecting them to answer questions about the incident.

Also, “Fewer than one out of every six schools (15%) guarantee a meaningful hearing, where each party may see and hear the evidence being presented to fact-finders by the opposing party, before a finding of responsibility.”

And, “A dismal 44 out of the 53 universities receive a grade of D or F from FIRE for at least one disciplinary policy, meaning that they fully provide no more than 4 of the 10 elements that FIRE considers critical to a fair procedure.”

“Notre Dame stands out as the worst school overall, as it is the only institution that earned just one point for each of the two procedures.”

The report, in fact, warns that schools “chose to go out of their way to minimize the impact of new protections rather than design uniform, fair processes for all students.”

“Because of that, it is no longer credible to suggest that our nation’s universities will, on their own initiative, adopt policies likely to provide a fundamentally fair process to students,” the report said.