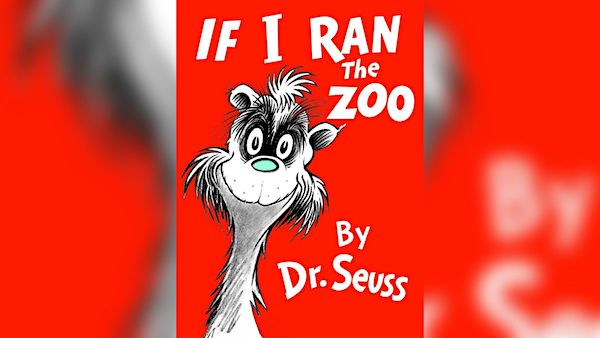 Dr. Seuss, whose famous “The Cat in the Hat” and “How the Grinch Stole Christmas” have entertained children and millions of others for multiple generations already, is in the bull’s-eye for America’s cancel culture radicals.

Even his own foundation, which manages the properties he created during his lifetime, is joining in.

According to a report from Fox on the developing anti-Seuss campaign, “As adored as Dr. Seuss is by millions around the world for the positive values in many of his works, including environmentalism and tolerance, there has been increasing criticism in recent years over the way black, Asian and other characters are drawn in some of his most beloved children’s books, as well as in his earlier advertising and propaganda illustrations.”

The result is that six of the books by Dr. Seuss, whose real name was Theodor Seuss Geisel, now have been dropped from any future publication or licensing by Dr. Seuss Enterprises, which released a statement saying, “These books portray people in ways that are hurtful and wrong. Ceasing sales of these books is only part of our commitment and our broader plan to ensure Dr. Seuss Enterprises’ catalog represents and supports all communities and families.”

The decision undoubtedly will make existing copies of the six – “And to Think That I Saw It on Mulberry Street,” “If I Ran the Zoo,” “McElligot’s Pool,” “On Beyond Zebra!,” “Scrambled Eggs Super!,” and “The Cat’s Quizzer” – instant collectors items.

The collection of Dr. Seuss books generated an estimated $33 million in 2020, the company said.

The announcement from the company said it had reviewed the books over a period of time and actually made the decision to halt publication last year, although it apparently wasn’t revealed until now.

The announcement came just as President Biden joined the “cancel” effort by snubbing the author during his announcement about the “Read Across America” program.

That event is an annual celebration of reading – and it’s held each year on the birthday, March 2, of the children’s author.

Biden followed presidential tradition by proclaiming Tuesday as “Read Across America Day,” but he left out any mention of Dr. Seuss, who was the inspiration for the day.

There was no immediate comment from the White House on why Biden took the cancel action.

President Trump, in 2018, urged Americans to “always remember the still-vibrant words of Dr. Seuss: ‘You have brains in your head. You have feet in your shoes. You can steer yourself any direction you choose.’”

Fox News commentator Liz Peek wondered if this move, to attack Dr. Seuss, could be the “tipping point” in the cancel culture war.

“The same boneheads who claim that the ‘mister’ in Mr. Potato Head is overly ‘exclusive,’ that Aunt Jemima syrup encouraged racial stereotyping, that math is a vestige of White supremacy and that gender reveal parties are ‘transphobic,’ want you to find racism in the pages of ‘Hop on Pop,’” she wrote.

“This is absurd, of course, and makes Democrats who applaud such virtue signaling look stupid. But the urge to condemn people who challenge the woke mob and cancel every icon of American life – the founders of our nation, the historical monuments that adorn our cities, the books we grew up reading – has reached a tipping point.”

She pointed out, “Even the famously left-wing Bill Maher is calling for an end to the excess, telling his TV audience, ‘Cancel culture is real, it’s insane and it’s growing exponentially.’”

She continued, “Under the guise of increasing tolerance liberals have become utterly intolerant, and especially of opposing ideas. We have seen an American president and many of his supporters scrubbed from autocratic social media platforms – actions that drew rebukes even from the reliably anti-Trump Emmanuel Macron of France and Germany’s Angela Merkel.

“We see liberals like the Washington Post’s Max Boot calling for cable companies to drop conservative news organizations. We see longtime editors and writers at the New York Times felled because they stand up for free speech,” she wrote.

She also pointed out, “As is often the case, the perpetrators of this nonsense appear ignorant of the facts. Theodor Seuss Geisel, who wrote under the pen name Dr. Seuss, was an ardent liberal who supported FDR and passionately spoke out against fascism. His work includes books that embrace environmentalism (‘The Lorax’) and racial equality (‘The Sneetches’). To conclude that Seuss was a closet racist is preposterous.”