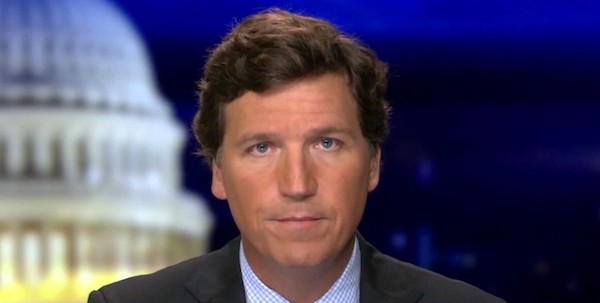 A nonprofit group that boasts of stripping advertising dollars from Breitbart News and other conservative sites says it now is targeting Fox News’ online presence.

Nandini Jammi, a co-founder of Check My Ads, tweeted out the plan Thursday.

“Five years ago, I co-founded the campaign to make Breitbart unprofitable. They lost 90% of their ad revenues in 3 months. Today, we’re launching the campaign to take on Fox News — and we know exactly how to get the job done,” she wrote.

The taxpayer-funded National Public Radio reported the group is “aiming to defund disinformation online” and already has “taken money out of the pockets of several prominent far-right websites.”

The campaign calls on the public to pressure online advertising exchanges to stop doing business with Fox News’ website and its popular YouTube channel.

Check My Ads is basing its campaign on the claim that Fox News “encouraged and supported” the Jan. 6 riot at the Capitol.

“Advertisers have said over and over again, ‘We don’t want to fund violence,’ so it’s shocking that Fox News is still receiving these ad dollars,” said co-founder Claire Atkin.

“What happens on Fox News television helps fund all of their digital properties,” Ellcessor said. “You don’t get to claim that your hands are free and clean when you put a dollar into the Fox News operation.”

Patriot Purge” presents video and documentary evidence that points to “incitement by federal agents” and the “intentional entrapment of American citizens.”

Investigative reporter Julie Kelly, who has written extensively on the Jan. 6 defendants for American Greatness, is among many who have pointed out that despite the repeated claims that the event was an “armed insurrection” of “white supremacists,” not one person has been charged with carrying or using a firearm inside the Capitol building. The only person who used a firearm inside the Capitol, she noted, was the Capitol Police officer who shot and killed an unarmed female veteran, Ashley Babbitt.

The FBI said in August it had not found evidence that Jan. 6 was the result of an organized plot to overturn the election, according to four current and former law enforcement officials.

Revolver News has reported evidence that FBI informants and Antifa operatives turned a peaceful rally into a riot, spotlighting the role of Arizona man Ray Epps, who was seen on video directing the people who breached the police lines while President Trump was still delivering a speech one mile away. In a follow-up report, Revolver News presented evidence, backed by videos and images, that there were others who worked in tandem with Epps to orchestrate the break-in.

‘No greater threat to democracy’
Fox News issued a statement to NPR calling the Check My Ads “an effort at censorship.”

“There’s no greater threat to democracy than the effort to silence free speech,” Fox News said.

The network said it takes pride in “featuring more dissenting viewpoints on the major issues facing the country than our cable news competitors.”

Five years ago, I co-founded the campaign to make Breitbart unprofitable. They lost 90% of their ad revenues in 3 months. Today, we’re launching the campaign to take on Fox News — and we know exactly how to get the job done. cc @mediagazer https://t.co/3ie3QRwIsd

NPR said Check My Ads is focused on applying public pressure on “the hidden engines of the online advertising world: ad exchanges.”

Operated by companies such as Google and Verizon, the exchanges act as a middlemen between an advertiser and a website.

NPR noted that the exchanges typically “have content rules that say they will not place ads on sites that promotes the overthrow of the government or glorifies violence.”

Google won’t place ads that are “demonstrably false” or could “undermine participation or trust in an electoral or democratic process.”

Ellcessor insists that the exchanges are not following their guidelines, giving FoxNews.com “a pass.”

Check My Ads staffers acknowledged that harming Fox News financially is an uphill battle. But Jammi said the campaign also about attacking Fox’s legitimacy and spotlighting who is financially supporting the network.

“We can do more than just complain and be sad and tweet and share with each other that we’re sad about where Fox News has taken us as a country,” Jammi told NPR. “We can actually fight back.”