Dems move on court-packing even though Biden commission 'studying' 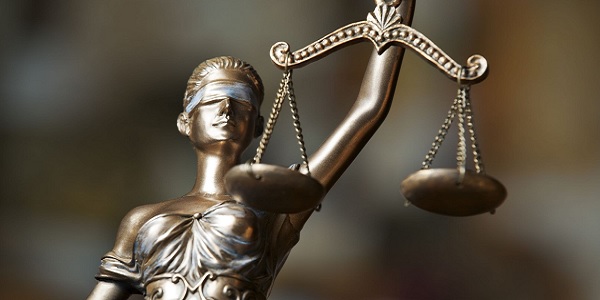 President Biden, with a long political history of opposing plans to pack the Supreme Court, was facing political demands that he do exactly that, and delayed recently.

He announced a “commission” to study the issue that even members of the court and leftist icons like the late Justice Ruth Ginsburg opposed.

It was clear what the recommendation of the study group, made up of mostly leftist and progressive activists, would be.

But Democrats weren’t content to wait for the predetermined outcome: they’ve already proposed legislation to change the makeup of the court and give Biden permission to appoint four new liberals to the court.

The result inevitably would be vast expansions in abortion, LGBT privilege, and taxes, with a corresponding reduction in freedoms and religious rights.

The plan recently was highlighted by a report at the American Center for Law and Justice.

There, Jordan Sekulow explained how the new legislation is by Rep. Jerry Nadler, D-N.Y., and Sen. Ed Markey, D-Mass.

He said they are “circumventing” the president who has named 36 individuals to his study commission.

The Democrats want to have 13 justices on the court, instead of the nine now. The problem as they see it is that because of President Trump’s appointees, there is a 6-3 or 5-4 conservative majority now, depending upon the issue.

Adding four justices picked by Biden would give Democrats a 7-6 majority at worst.

The report said House Speaker Nancy Pelosi initially didn’t support the plan, but, “But don’t let that fool you. This is a test balloon as the court-packing commission gets going.”

It is ACLJ Senior Counsel Andy Ekonomou who explained what the Democrats are doing.

He continued, “And it seems that there’s a disconnect perhaps between the White House and Congress in terms of what the plan is. But the Congress – Nadler, Hank Johnson, and Ed Markey have already gone on and made their decision that they’re going to hostilely take over the Supreme Court of the United States, and that’s exactly what they’re doing.”

The ACLJ analysis predicted Joe Biden, Pelosi and other Democrats “would sign on in a heartbeat if they felt confident there would be no blowback.”

ACLJ Chief Counsel Jay Sekulow said, “You’ve got to understand what this is. It’s pure politics. But it’s politics that’s very dangerous. You would give four appointments to the current president of the United States.”

The ACLJ noted that Biden, while a senator, had called packing a “bonehead idea.”

But the Democrats are dependent on the courts to impose their leftist agenda points when they cannot get them through Congress, and that makes a reliably progressive court so important to them.

“The more you look at the new commission, the clearer it becomes just how correct Justice Ginsburg was [that packing the court was a bad idea]. Senate Minority Leader Mitch McConnell puts it in stark perspective, ‘This faux-academic study of a nonexistent problem fits squarely within liberals’ years-long campaign to politicize the court, intimidate its members, and subvert its independence as part of a malicious campaign to gain absolute power. This is not some new, serious, or sober pivot away from Democrats’ political attacks on the court,” the report said.

Critically, the commission is assigned to look at the length of service and turnover on the court, the membership there, and its case selection.

There are 36 on the commission, “most of them are hard-left partisans – individuals politically predisposed to have hostile viewpoints toward originalism and the role of the Constitution. It is likely that the majority of its members have already made up their minds on expanding the Supreme Court,” the ACLJ reported.

Chiefs there are leftist political campaign lawyer Bob Bauer who worked for Barack Obama and Kate Andrias, who also worked in the Obama White House.

Others are Cristina Rodríguez, yet another supporter of Barack Obama, and Laurence Tribe, is a Harvard Law professor who has openly supported packing the Supreme Court.