Democrats in Congress seeking result that could be used against Biden 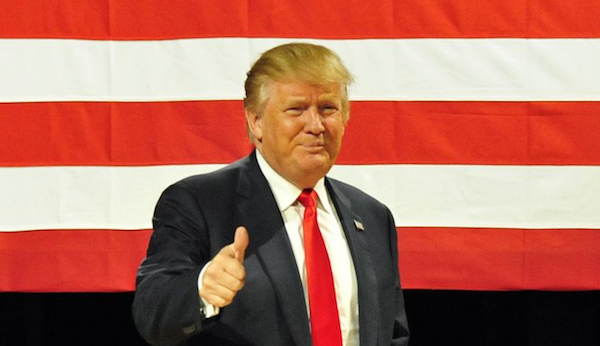 A clash between Congress and its agenda to characterize the Jan. 6 violence at the U.S. Capitol as an “insurrection” and a worse attack on the U.S. even than 9/11 and the rights of a president has erupted into a firefight, with this week’s decision by Steve Bannon, a former adviser to President Donald Trump, to ignore a subpoena deadline.

A partisan committee set up by Democrat House Speaker Nancy Pelosi, who orchestrated two failed impeach-and-remove campaigns against the president, is demanding Bannon and others answer their questions in their campaign to pin blame on Trump for the events that day.

After all, he, at a rally, had told his supporters to go to the Capitol and protest Congress’ adoption of suspect numbers that gave the White House to Joe Biden, “peacefully.”

The ultimate conclusion of the committee could already be written, as Pelosi refused to allow several Republicans to participate, instead picking two GOP members who have been brazenly critical of President Trump.

Some GOP individuals have complied with the committee’s demands, but President Trump has expressed that those answers are part of executive privilege, to which Congress is not entitled.

Bannon wrote to the committee pointing that out, and suggesting that he could be approached again when that dispute is resolved by the courts.

But therein lies the danger for Biden. If his Democrats in Congress succeed in demanding even privileged information from the White House, and a current president can waive presidential privilege for a former president, what might a future GOP president do with information about Biden?

Even the left-leaning Associated Press warned of that possible development.

Calling it a “risky move,” the legacy news agency said it “could come back to haunt [Biden] and future presidents.”

It’s because Biden agreed with Congress demands to obtain “sensitive information” about President Trump and his aides.

Trump has maintained that the information from his presidency is protected by privilege, and Biden doesn’t have authority to waive that.

Biden’s decision isn’t final, as the dispute likely will go to the courts, which have found that former presidents, in some situations, are granted executive privilege.

If the congressional Democrats are successful in defeating President Trump’s position, it would produce ramifications for him, and for Biden.

The report explained the norm has been that “presidents enjoy the secrecy of records of their own terms in office, both mundane and highly sensitive, for a period of at least five years, and often far longer.”

The Democrats in Congress now are intent on removing that protection from President Trump. And, in the future, Biden.

One problem they face is that large numbers of Americans believe that President Trump’s allegations that the 2020 election was not run fairly are legitimate.

In fact, a recent analysis at The Federalist concluded that Mark Zuckerberg’s contribution of nearly $420 million to several groups that sent it to local and state elections officials to run get-and-the-vote drives for Democrats effectively bought the election.

Then too, there are claims, supported by evidence, that state and local officials without authorization changed state laws regarding voting in order to accommodate mail-in ballots, and that also could have impacted the results, which, in fact, gave Biden the victory by a handful of thousands of votes across a few swing states.

The AP warned, “If history is any guide, once the door to reviewing past presidential records is ajar, future Congresses and presidents could swing it open further as politics warrant.”

The Democrats have been burned by their own actions in similar situations in the past. In 2013 they eliminated the filibuster for presidential appointments but maintained it for Supreme Court nominations.

When the GOP was in the majority just years later, they dropped the filibuster for Supreme Court nominees, outraging Democrats.

Congressional questions about the Jan. 6 events include how protesters were able to get into the Capitol, when video shows security officers sometimes holding the doors open for them.

Hundreds have been arrested and charged withr various counts from those events, often trespassing and vandalism.

Trump has written, “I hereby make a protective assertion of constitutionally based privilege with respect to all additional records.”

He said he would “take all necessary and appropriate steps to defend the Office of the Presidency.”

Time has reported Bannon’s decision to wait to respond until the issue of presidential privilege is resolved is a “setback to the beleaguered committee.”

Rep. Bennie Thompson, the Pelosi-picked chief, said the committee could use criminal contempt charges to force testimony, in a move that would simply be a precedent for anyone demanding information about a Biden administration after it is out of office.

Democrat-leaning lawyers say President Trump would lose in court, but others say perhaps not. And he could, if an appeal would go as high as the Supreme Court, tie up the issue in the legal system for a long time.

The high court, in 1977, ruled that President Richard Nixon, then out of office for years, could assert executive privilege claims over official records from his administration even though he was no longer the president.

The committee’s announcement this week it would move forward with criminal charges against Bannon simply elevated the fight.

President Trump responded with his typical understatement: “The January 6th Unselect Committee composed of Radical Left Democrats and a few horrible RINO Republicans is looking to hold people in criminal contempt for things relative to the Protest, when in fact they should hold themselves in criminal contempt for cheating in the Election, making up the Fake Russia, Russia, Russia, and Ukraine, Ukraine, Ukraine Scams, the Afghanistan debacle, the Southern Border Crisis, the crashing economy, and record-setting inflation.”

A lawyer for Bannon told Pelosi’s committee that since President Trump was claiming executive privilege, the members of Congress would have the right to challenge that in court.