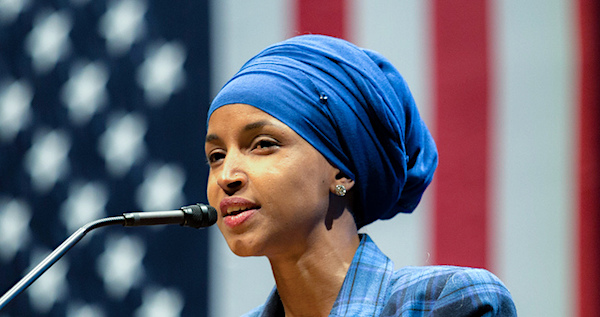 Democrats in Congress have proposed a plan that would declare an unconditional “war” on “racism,” and fund it with $70 billion for a new, Cabinet-level “Department of Reconciliation.”

The National Pulse has posted online an image of the proposed resolution that is being supported by a couple dozen Democrats already.

The plan likens itself to President Lyndon Johnson’s “war on poverty,” a move that over the decades has cost American taxpayers trillions of dollars, without remove poverty from the American landscape.

It adopts the concepts of Critical Race Theory, that ideology that claims America is all racist, is based on racism, and perpetuates racism through society.

Leftists have worked hard over recent years to install those racist ideas in schools throughout the nation, and over the last year have been seeing the result: a huge pushback from parents and others who object to blatantly racist ideas being taught in schools.

The report said the key sponsors are members of the extreme fringe of the Democrat Party in Congress: Ilhan Omar, Maxine Waters, Rashida Tlaib, Bennie Thompson.

The concept has been assigned to the Committee on the Judiciary.

The bill demands three actions from the U.S. House, including a statement blasting that “racism and invidious discrimination as evil and antithetical to the United States Constitution.”

One paragraph parrots the CRT ideology with: “Whereas systemic and institutionalized racism and invidious discrimination exist in virtually all areas of American life, including policing, criminal justice, housing, banking, voting, employment, education, the environment, and health care…”

It cited the riots that engulfed hundreds of cities, doing billions of dollars in damage, after the death in Minneapolis of George Floyd, calling those events “protestations,” and saying that is a “clear indication that it has become necessary for Congress to take decisive, immediate and long-term legislative action.”

It demands that the “Reconciliation” agency be given not less than 10% of the Department of Defense budget, which currently is about $715 billion. The agency’s responsibilities would be to report to Congress.

Ibram X. Kendi, a far-left activist and CRT advocate, had an one point proposed a “Department of Anti-Racism.”

He said, “The DOA would be responsible for preclearing all local, state and federal public policies to ensure they won’t yield racial inequity, monitor those policies, investigate private racist policies when racial inequity surfaces, and monitor public officials for expressions of racist ideas. The DOA would be empowered with disciplinary tools to wield over and against policymakers and public officials who do not voluntarily change their racist policy and ideas.”