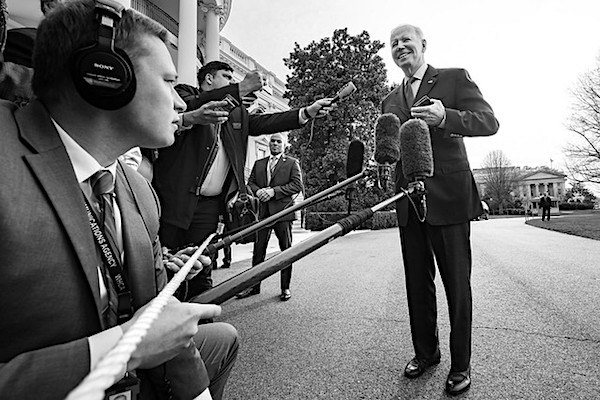 A key Democrat leader in the U.S. Senate has confirmed that Joe Biden’s insistence on a new “Iran Deal” with the rogue Islamic regime is nothing but a “fantasy.”

Just the News has confirmed the comment coming from Sen. Bob Menendez, D-N.J., was a “stinging dismissal of President Joe Biden’s pursuit of a new nuclear deal with Tehran.”

The report explained the videotaped remarks came during a private speech by Menendez to Iranian dissidents.

The report explained, “Sen. Bob Menendez’s videotaped remarks late last month to the MEK dissident group in its home in exile in Albania were his harshest assessment yet of the Biden administration’s strategy toward Iran.”

The original Iran deal came about during Barack Obama’s administration and involved paying Iran billions of dollars in exchange, essentially, for the regime’s promise to delay its pursuit of nuclear weapons. President Donald Trump evaluated the program and found no benefit for America, so he withdrew.

Biden has been trying since his election to restore the agreement, but has been largely unsuccessful.

The report noted Menendez originally was invited to speak to the MEK organization in Albania.

Menendez was flip-flopped on the issue, voting against Obama’s original 2015 “Joint Comprehensive Plan of Action,” but then criticizing Trump’s decision to pull America out of the international deal.

In remarks to MEK, for which the video was obtained by Just the News, Menendez “made clear he believes the Biden administration is wasting its time seeking a deal with an Iranian regime engaged in wide-ranging hostile activities across the globe, including some in collaboration with Russia.”

“It continues to support terrorism abroad and advance its nuclear capabilities at home,” the senator explained. “Unfortunately, despite severe overtures from this administration to engage in a constructive dialogue on Iran’s nuclear program, a return to the 2015 deal is not only unrealistic and unproductive. It is a fantasy.”

He continued, “Iran is drawing out negotiations with delaying tactics and brinkmanship. Meanwhile, it partners with Vladimir Putin to provide drone technology to deploy in its illegal war in Ukraine. And Iran continues to advance its nuclear program in the face of the international community’s censure.”

Republicans previously had blasted Biden’s obsession with a deal with Iran.

“All efforts to bring the Iranian government back into the international community have failed,” explained Sen. James Rish, R-Idaho. “At this late stage, the nuclear deal does little to contain its nuclear program, and sanctions relief will only supercharge Iranian terrorism. There are other policy options in our toolkit. It is time to walk away from these talks.”