Dangerous gap reported in system to make sure foreign truck drivers in U.S. are safe 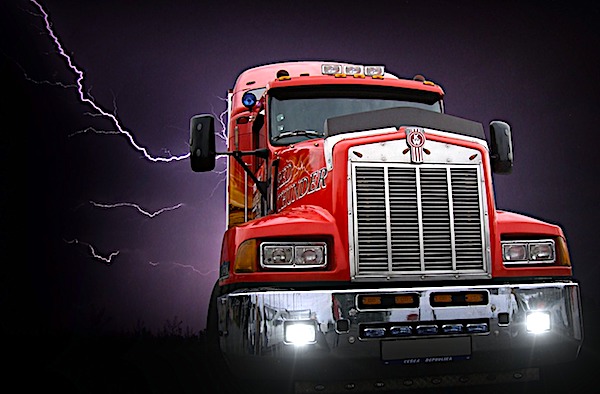 Back in 2016, a driver aimed a nearly 20-ton cargo truck into crowds of people in Nice, France, and killed almost 90 people.

Of course no one can say it’s impossible that such an attack could occur in the United States, but the threat level is higher because of the failings of a federal program that allows foreign drivers quick access to the nation’s highways.

That’s according to Chris Farrell, the director of investigations at Judicial Watch and a distinguished senior fellow at the Gatestone Institute, where he described the problem.

He reported, “Foreign truckers – cleared for expedited commercial crossings between Canada, Mexico, and the U.S. – including at least half a dozen drivers who had deep connections to terrorism and drug-smuggling operations.”

Trucking has been the headlines of late because it is integral to the supply chain, which has developed serious failings under the economy of Joe Biden.

He reported, “Transportation Secretary Pete Buttigieg says that national supply chain problems are caused by a lack of affordable childcare. While major U.S. ports such as Los Angeles and Baltimore have ships in the harbor waiting to offload cargo, a trucking shortage is delaying offloads and hauling.” 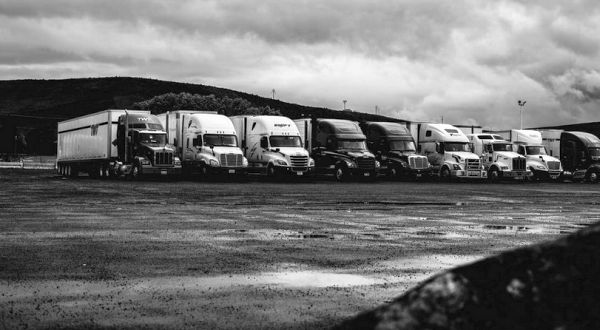 And, he noted, MSNBC’s Tiffany Cross warned that the trucking industry is populated “by a lot of white men over the age of 55.”

“The trucking shortages in the United States are real. Buttigieg and Cross are entitled to their opinions, of course, but their analyses seem off the mark. There is another threat to the trucking industry, the supply chain and our national security.”

He cited a Department of Homeland Security report that confirmed the problems with the Free and Secure Trade program that lets those who are eligible to get expedited border processing.

“Proper vetting is essential and must assure there is no risk in letting the individual with cargo travel freely in and out of the country. The goal is to ensure security and safety of inter-border commerce while enhancing the economic prosperity of each country. Ideally, this enables U.S. Customs and Border Protection (CBP) to focus its security efforts and inspections on commerce that is ‘high or unknown risk’ while ensuring the flow of legitimate, ‘low-risk commerce,’” he wrote.

“The reality is that CBP is failing miserably to screen drivers properly, federal auditors found, writing that ‘without an effective means to evaluate the program’s impact on border security, CBP may be exposing its land ports of entry to heightened threats.’”

He said investigators reviewed 8,859 drivers and found 1,084 were ineligible for the program, “increasing border security risk.”

“The exact information is redacted but the report makes clear that the records required properly to vet foreign nationals — specifically Mexican citizens — is not available to CBP officers, and they ‘need access’ to complete the appropriate security process to authenticate drivers as low risk,” he said.

He continued, “Instead of rejecting the foreign driver in question out of an abundance of caution, the agency simply rubber-stamps the candidate without additional screening.”

He noted in 2012 “a DHS Inspector General investigation found that drivers with ties to terrorism and drug-smuggling were authorized by CBP for the program’s expedited border crossing. More than 80,100 drivers examined by the IG participated in FAST — 70,000 along the U.S.-Canada border and over 11,500 along the U.S.-Mexico border.

“Investigators found that at least half a dozen drivers cleared by CBP had deep connections to terrorism and drug-smuggling operations. And those are just the ones we know about,” he said.

“It gets scarier; it took federal officials five years to realize it! At least two dozen others had criminal, immigration, or agricultural violations. In warning CBP about the dangers of its security lapses, the DHS Inspector General watchdog pointed out in that report that the benefits granted to FAST participants ‘make the program attractive to drug smugglers.’ That was back in 2012, and it seems like little has changed after nearly a decade.”