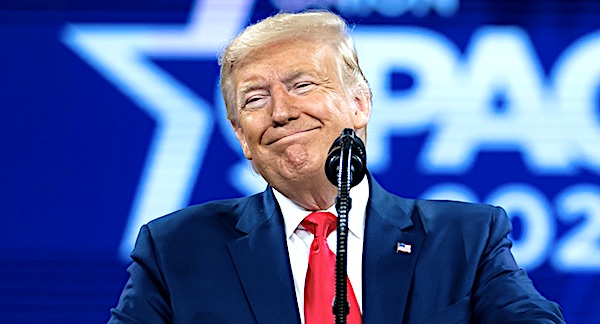 Several of the key players in President Trump’s administration already are on schedule to speak at next week’s meetings of the Conservative Political Action Conference going on in Florida.

Now there’s an open door for Trump himself to join the discussions.

“I’d love to see him come to CPAC next,” CPAC chief Matt Schlapp told the Washington Examiner, confirming that he’d extended the invitation.

The conference is to meet starting Thursday in Orlando.

His perspective is in opposition to several establishment Republicans in Washington, including Senate Minority Leader Mitch McConnell, who voted to acquit Trump on House Speaker Nancy Pelosi’s second failed scheme against Trump.

But then he took to the Senate floor to blast Trump for his perspectives on vote fraud, election theft, the January riot at the Capitol, and more.

Last year at CPAC, Trump delivered a 90-minute speech that resembled a victory lap after his first impeachment acquittal. He is now the only president to be impeached twice – and acquitted twice.

He has just started to enter public life again since he left the White House last month.

After McConnell’s blast at him, he called the longtime senator “dour” and “sullen” and said the GOP needs to move on from him.

Trump recently has been on network interviews commenting on the loss of conservative radio talk show icon Rush Limbaugh, who died this week.

His clash with McConnell just confirms that there is a deep division between the party’s Washington elite and the party’s grass-roots base, which largely still supports Trump’s leadership in the party and even would welcome another campaign from him, according to polls.