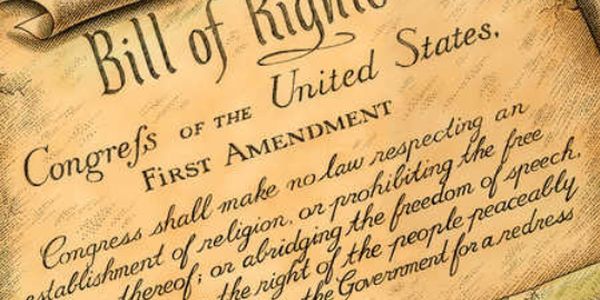 A federal court has ruled – again – that universities that impose requirements on Christian organizations that other groups do not have are exercising viewpoint discrimination, and officials that make those decisions are not entitled to qualified immunity for their actions.

That means they could be held responsible for damages – personally.

It’s the third such court victory for Becket, which has represented several student groups in their disputes, the earlier battles involving InterVarsity v. Wayne State and BLinC v. University of Iowa.

The newest ruling comes in the dispute between Intervarsity and the University of Iowa, which was handed a scolding this week.

“What the University did here was clearly unconstitutional. It targeted religious groups for differential treatment under the Human Rights Policy—while carving out exemptions and ignoring other violative groups with missions [the University] presumably supported. The University and individual defendants turned a blind eye to decades of First Amendment jurisprudence or they proceeded full speed ahead knowing they were violating the law,” the court ruled.

It was released by the 8th U.S. Circuit Court of Appeals, after the case originated in federal court in Iowa.

The disputes concern the schools’ demands that Christian student organizations allow anyone to be a leader – even an atheist. However, other student groups based on other protected classes, such as race or sex, were allowed to designate those requirements for their leaders.

“The court warned that university officials who ‘make calculated choices about enacting or enforcing [such] unconstitutional policies’ should be on notice that they are not entitled to qualified immunity and will be held personally accountable for their actions,” Becket reported.

“Schools are supposed to be a place of free inquiry and open thought, but the school officials here punished opinions they didn’t like and promoted ones they did—all while using taxpayer dollars to do it,” said Daniel Blomberg, senior counsel at Becket. “The good news is that they’ve been held accountable, and school officials nationwide are on notice. We are optimistic that in the future, colleges will pursue policies of accommodation, not discrimination, when it comes to religious exercise on campus.”

The judges said they were “hard-pressed to find a clearer example of viewpoint discrimination” than the discrimination against religious student groups.

In 2018, the University of Iowa deregistered InterVarsity Graduate Christian Fellowship and numerous other religious groups—including Muslim and Sikh groups—because of their common-sense requirement that their leaders agree with their religious beliefs, Becket reported.

“As in the Wayne State and BLinC cases, the University justified its targeting of religious clubs by accusing the clubs of ‘discrimination’ for wanting their leadership to share their values—even while the schools permitted other organizations (such as sororities, fraternities, and political or activist groups) to consider criteria such as a student’s sex, race, or ideology in the selection of club leadership and membership,” the group reported.

“Religious groups should be able to have religious leaders. Government officials don’t get to tell Christians, Muslims, or Sikhs who will lead their prayers or their worship,” said Blomberg. “That’s not just bedrock constitutional law, it’s also common sense. And now the University of Iowa knows it.”

The earlier cases involved Intervarsity at another school, and the Business Leaders in Christ at Iowa.

The court earlier said university officials were not eligible for immunity when they stage such stunts.

“The individual defendants may pick their poison: they are either plainly incompetent or they knowingly violated the Constitution. Either way, they should not get qualified immunity,” the earlier ruling said.