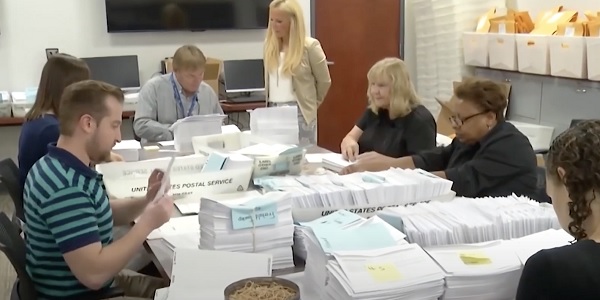 The state of Pennsylvania has been ordered by a court to open up the records regarding a so-called “glitch” in its own system that allows non-citizens, through its Department of Transportation, to register to vote.

It is in a report at the Federalist that the recent opinion by Judge Christopher Conner was explained.

The judge in federal court in the Middle District of Pennsylvania said that the National Voter Registration Act allows the Public Interest Legal Foundation to see documents about the issue and the actions the state has taken to fix mistakes in the state’s voting files.

The ruling is just one outcome from the 2020 presidential election that caused major concern about election integrity across the country, to which some states already have responded with additional crackdowns on opportunities for fraudulent activity.

The major issues during that race included decisions by multiple state and local officials to simply ignore their own state laws regarding mail-in ballots. Further, accurate reporting from the New York Post about the Biden family’s overseas money-making scandals was suppressed by both legacy and social media. A survey by the Media Research Center later found that essentially switched the results of the race to Biden.

And finally, Mark Zuckerberg’s $420 million, handed out to local elections officials ostensibly to help them handle the election duties during COVID, actually left some government offices acting as get-out-the-vote campaigns for Democrat candidates.

Now, Conner said, “The expansive obligation under NVRA to disclose voting registration records gives rise to legitimate privacy concerns. Nonetheless, we agree with the Fourth Circuit Court of Appeals’ observation that the balance between privacy and transparency must be struck by the legislature, not the courts.

“Congress struck such a balance when it enacted NVRA, deciding transparency in how states determine voter eligibility—the vital bedrock of our electoral system—is generally paramount.”

The report explained in 2017, authorities found a mistake in the state’s computers that let those who are not U.S. citizens register to vote while they were renewing a driver’s license.

The Federal explained, “Although Pennsylvania had previously disclosed to PILF a list of ‘1,160 purported noncitizens who requested to be removed from the voter registration lists,’ the state attempted to hide the voting histories of registrants by redacting the list. As a result of the court ruling, however, the commonwealth will now be required to turn over such information to PILF.”

The organization also is trying to track down those who avoided jury duty by claiming they were not citizens, while being registered to vote.